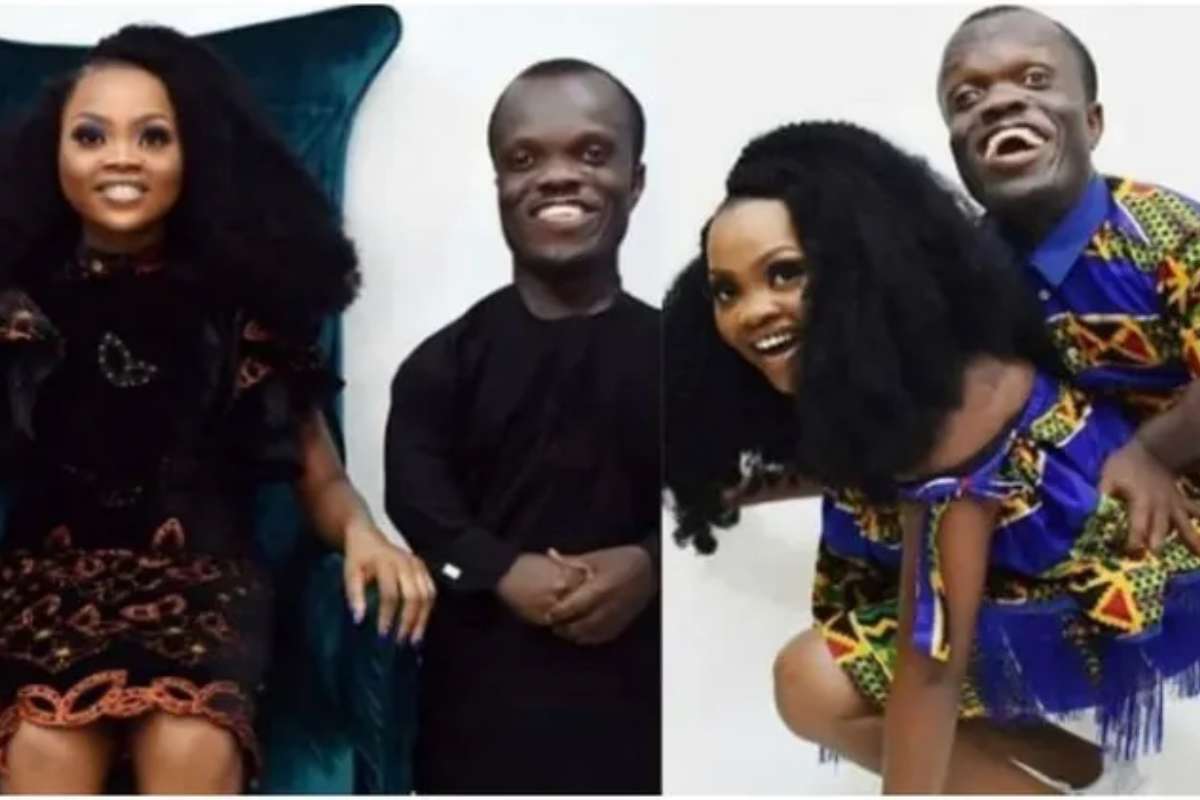 Ofoegbu Vivian Nkeiruka, and her husband , Victor Nwaogu Nkubi, who is a actor and comedian have opened up on how their relationship started.

Vivian Nkeiruka in a recent chat with BBC Pidgin, revealed that she approached the Nkubi first.

According to her, she saw him on her Friend’s Facebook wall and went through his profile. She then decided to send him a friend request. He responded and they began chatting and they are now married.

Though she reached out first, Nkubi said he was the first one to say, “I love you.”

Nkubi urged others that love will find them, no matter how they look.

“No matter what you look like in this world, there’s always somebody out there for you.”

Vivian admitted that people may give them funny looks because of her husband’s physique but she doesn’t care as she also advised single women saying, “A man is a man, whether short or tall. A man is a man. If you see a man who loves and appreciates you, grab him.”