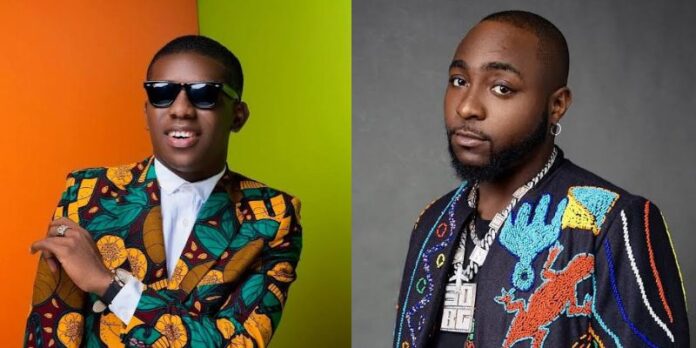 Popular singer, Small Doctor has expressed shock at DMW boss, Davido’s action during a video shoot they recently had together.

Small Doctor revealed that OBO Changed his appointment just to meet up with the shoot date.

According to Small Doctor, the DMW label owner flew into Lagos from Abuja and drove directly to the Shoot location from the Airport.

Small Doctor revealed that Davido’s energy didn’t drop during the shoot and the whole crew felt his positive vibe.

” During the Shoot His Energy Didn’t Drop One Bit, Everyone On Set Was So Happy With His Vibe, Na Davido Dey Ask Director If He’s Okay With The Scenes. #Davido Even Gave The Director Another DMW Job Right On My Set,” Small Doctor wrote.

1: “Which Kain Person Be #Davido” 😳 OBO Changed His Own Appointment Just To Meet Up With The Shoot Date For #ManDeMan 🎬, ✈️ Flew Into Lagos From Abuja Drove Directly To The Shoot Location From Airport…🤯 pic.twitter.com/dBLr2bjBVR