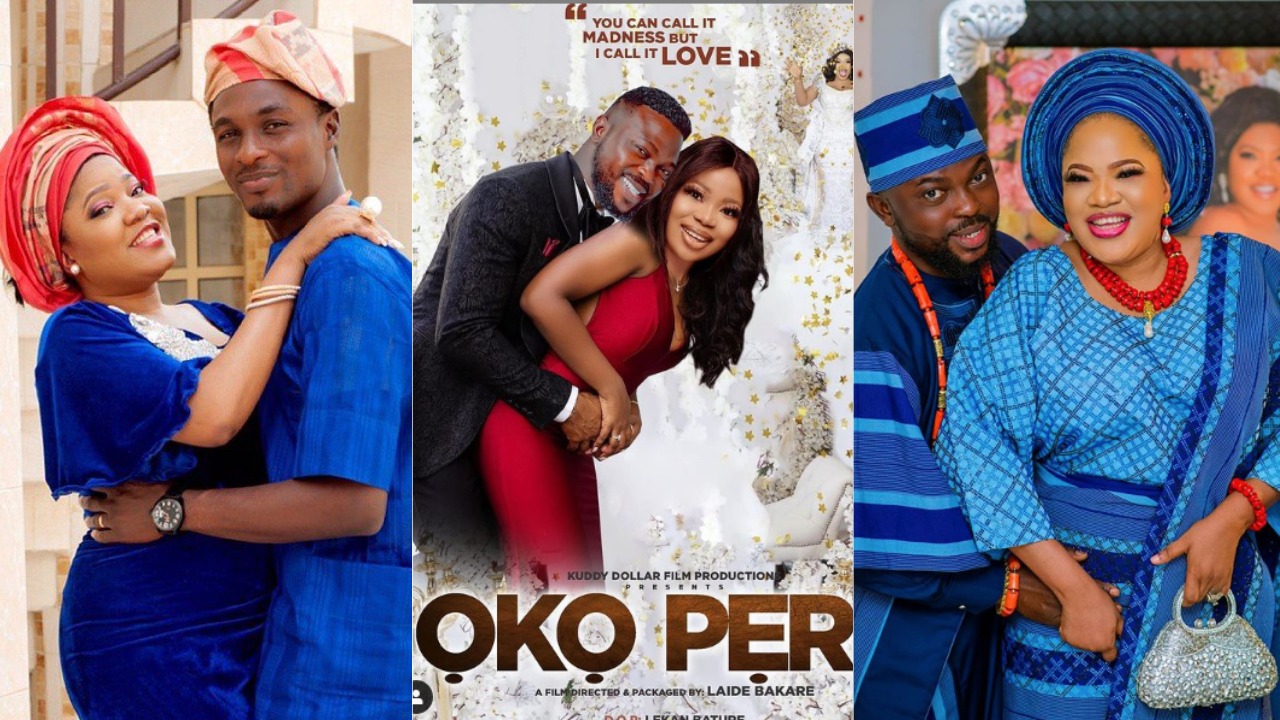 Nigerians on social media have blasted Nollywood actress, Toyin Abraham for letting her husband, Kolawole Ajeyemu feature in a movie with Seyi Edun.

This comes after veteran actress, Laide Bakare announced on Instagram that Seyi Edun and Toyin’s husband, Kola Ajeyemi would be featuring in her next movie.

Captioning the photoshopped photo of Seyi Edun and Kola Ajeyemi together, Laide wrote;

“Most of us have experienced betrayal by the ones we truly love. It has become really difficult to trust, confined or rely on people around us for fear of being disappointed or backtabbed. This is a very relatable experience in the current times, that is why I am bringing to you a Blockbuster Movie titled OKO PERO (PERO’s HUSBAND)where you’ll see and learn about possible things that could tear friends apart and put an entire union in disarray.

See how some of Toyin’s fans reacted to this;

@Ademi wrote “This is absolute nonsense. Abeg oo. Make Dem no snatch husband again. Please respect our world best and pull this down right away. Mtcheeew”

@Ada wrote “Toyin bi mumu sha. Why she go let her husband do this kain pose with her former husband snatcher. If she snatch this one again, na she sabi o”