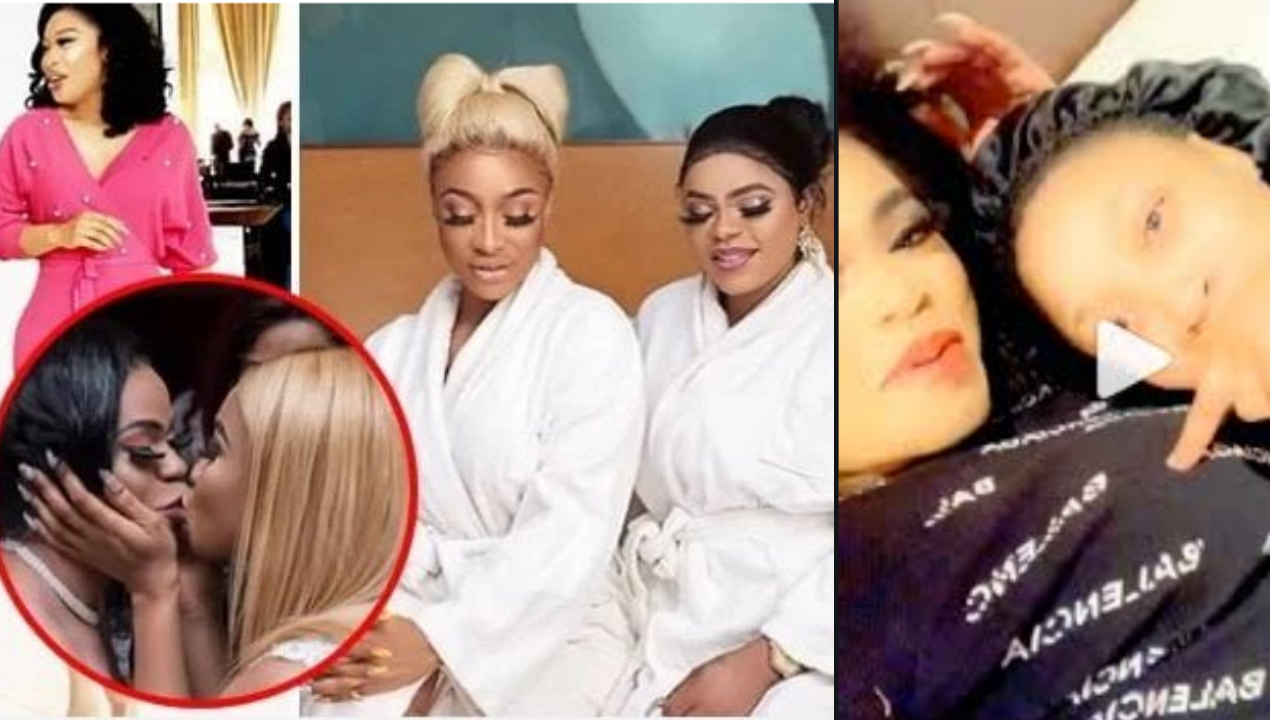 The friendship between controversial crossdresser, Bobrisky and Nollywood actress, Tonto Dikeh seems to have come to an end.

This comes amidst the drama that has taken place between the two in the past few hours which saw Tonto Dikeh unfollow Bobrisky on Instagram while the latter blocked her on the platform in return.

However, in a latest statement Bobrisky has revealed why Tonto Dikeh unfollowed him.

Trouble in paradise as Yul Edochie unfollows first wife, May…

He said she did so because he sprayed money on Tonto Dikeh’s former friend, Blessing Osom, better known as Lady Golfer.

Lady Golfer had taken to Instagram over the weekend to share a video of Bobrisky spraying money on her at an event. She said it was a pleasure meeting the crossdresser and described him in glowing terms.

He admitted he had blocked Tonto for unfollowing him but promised not to say anything bad about her or reveal what caused the issue between them.

Despite his promise, he took to Instagram only minutes later to write: “Lady golfer you are the reason for this unfollow now.”

He added: “You for no post the video of me spraying you now. Friendship of 5 yrs gone just because I hanged out with somebody’s ex friend. Dumb shit.”