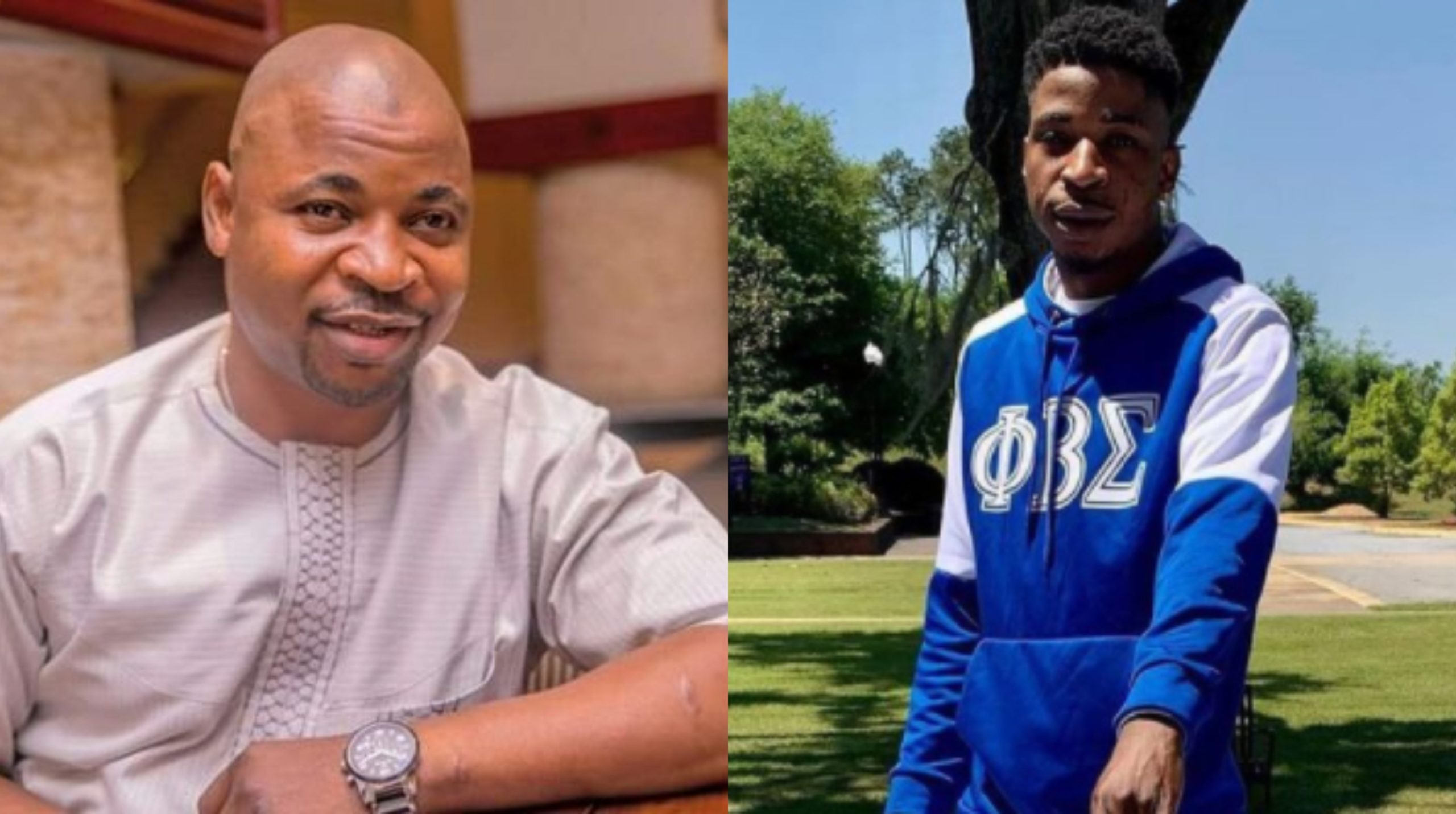 The proud father who couldn’t contain his excitement shared on his page;

“My son in America finally has joined the Phi Beta Sigma Fraternity Incorporated. The Quad on the line and is going to start a great Legacy and with that, he is also a member of the Beta Psi Chapter at His college in America.”

MC Oluomo went on to enlighten his fans and followers about the fraternity which he explained provides job opportunities and scholarships for those who have exhibited academic excellence in their studies.

“They provide job opportunities and scholarships for their members and help them with school.” His post was accompanied by a video from the initiation ceremony of his son. An excited Kenny was seen jubilating with some other school mates.

Comedienne, Warri Pikin celebrates husband on his birthday in a ‘Naughty way’ (Video)

I want you to marry at 24 – Watch as actress, Iyabo Ojo tells daughter (Video)