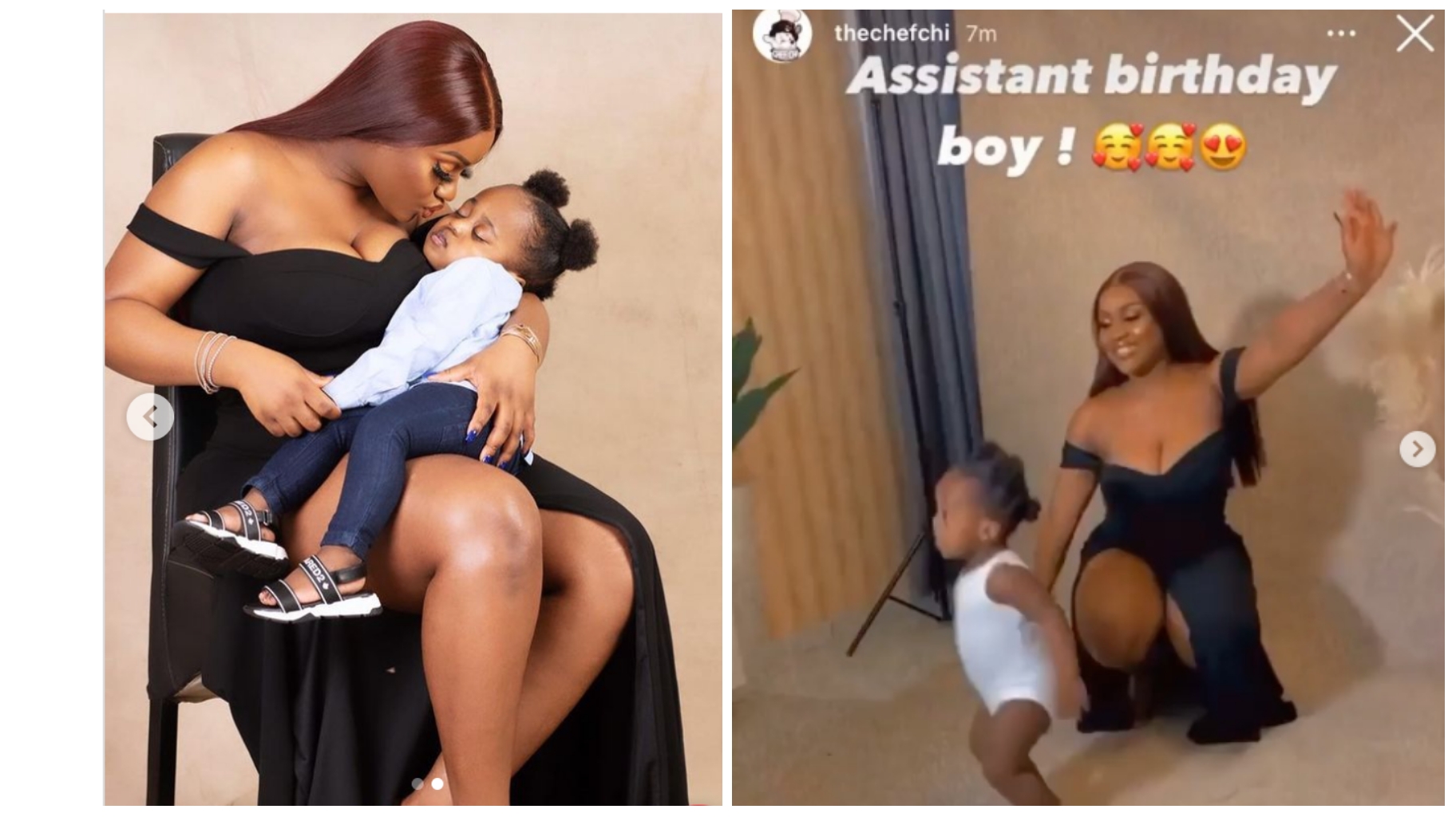 Celebrating the day, Chioma took to her social media timeline to share a video which captured the moment her son Ifeanyi playfully photobombed her birthday photoshoot.

Chioma attached an “assistant birthday boy” caption to the video she shared on her Instastory.

Chioma has been receiving numerous message today from celebrities as well as her fans and followers.

However, as at the time of this report, DMW boss, Davido is yet to post a picture or a message to celebrate her on her birthday.

See also: Actor Yomi Fabiyi explains why he is not joining the bandwagon on Baba Ijesha’s alleged molestation case (Video)

This further serves as proof that things may not be well between the two.

Heartbroken man shares how his wife was caught in bed with her brother.