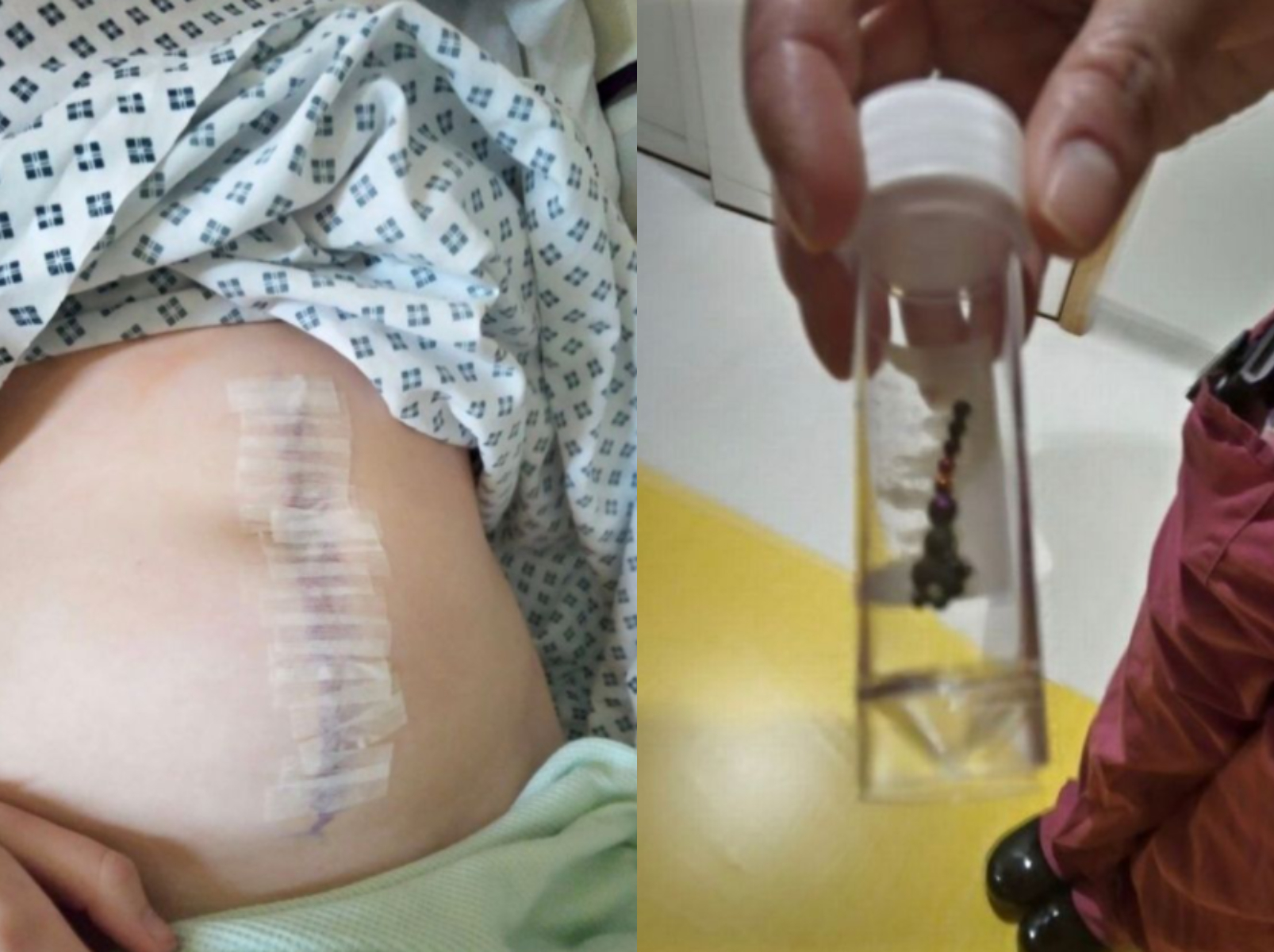 After vomiting “black stuff” and complaining of bad stomach pains, a 13-year-old girl who copied a dangerous TikTok trend was rushed to the hospital for emergency surgery.
The minor took part in a challenge that instructs users on how to imitate a tongue piercing by placing magnetic ball bearings beneath and on top of the tongue. However, she only managed to swallow 15 magnetic beads, which were strewn about her internal organs.

Following the dangerous challenge, the young girl had her appendix and a portion of her bowel removed.

The girl’s mother, Faye, from Rainhill in Merseyside, England, said,

“The pains got worse so I took her to Whiston Hospital. They thought it might have been her appendix at first.

“Then they ruled that out and thought it might have been gastroenteritis until she started vomiting black stuff. They did a scan and found 10 of the ball bearings. Magnetic balls were lodged in her bowel and appendix”. Faye added.

The girl was rushed in for emergency surgery at Alder Hey Children’s hospital.

Her mother said, “They had to take part of her bowel away and re-stitch it. There was one stuck in her appendix so they had to remove that.”

She won’t be able to go home for another week or two.

“I don’t know when she swallowed them because she didn’t admit at first to doing it. I think she was a bit scared of admitting what she’d done.

“Apparently she watched a TikTok video where there’s a trend that all the kids are doing at the minute.

“I haven’t actually seen it but she told me about it and a lot of other children her age have seen it.

“They put one of the beads on top of their tongue and one underneath and it makes it look like their tongue is pierced.

“And then she saw one where they put a big bead in the side of your cheek and put little beads on top of your cheek and you move it with your tongue so they move on your face. They’re magnets but because they’re so small they’re easy to swallow”.

“Cut one loser friend off ” – says BBNaija star, Kiddwaya as he advises fans on how to achieve personal growth