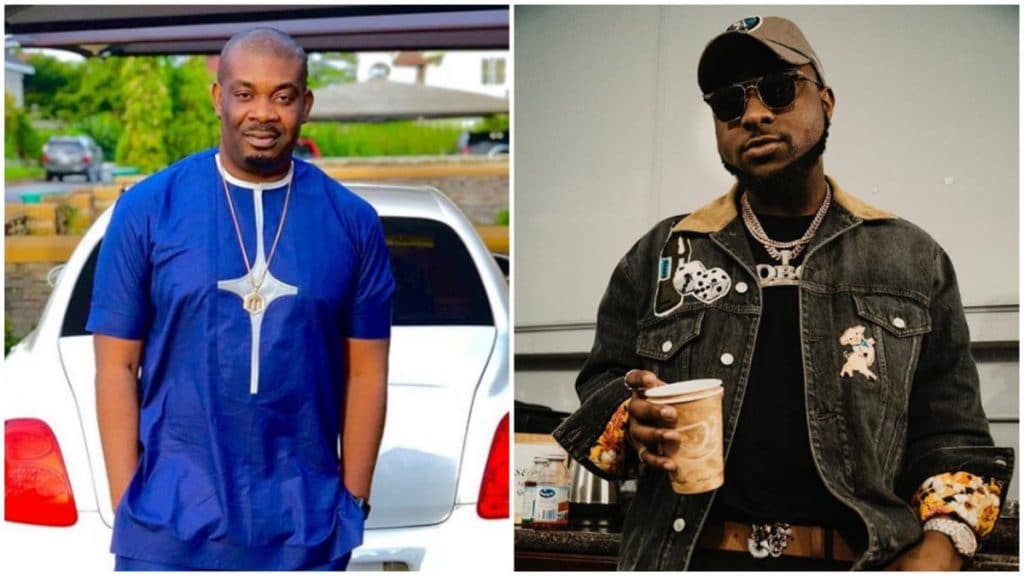 As Nigerians artiste and DMW boss, David Adeleke also known as Davido celebrates his 10th anniversary in the entertainment industry, he has been receiving congratulation messages from fellow celebrities as well as fans and followers.

One of the celebrities to celebrate with Davido is Mavin label boss, Don Jazzy.

Don Jazzy in a statement he shared via his Instagram account revealed hr had been a fan of Davido from way back.

”Happy 10 years anniversary to the baddest. @davido it’s not beans at all. I have been a fan from back when and you have done so well for yourself and for the game. Keep lifting others keep rising,” Don Jazzy wrote.

Davido came into the limelight with his hit single ”Ema Dami Duro” released in 2011.

Davido at 10: Our leader and advisor – Davido hails Naeto C for his support