‘Marry! Marry!! see what it has caused’ – Adekunle Gold laments as Simi rocks his new shirt 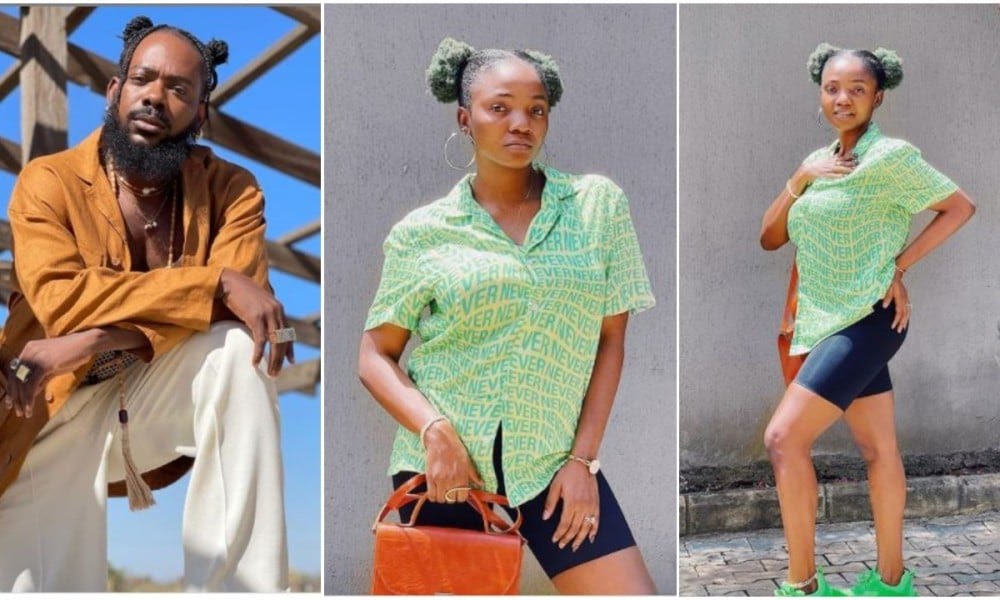 Nigerian celebrity couple and Singers; Adekunle Gold and Simi have returned with their lovey-dovey on social media.

This comes as Adekunle Gold took to social Media to lament about being married after his wife Simisola Ogunleye rocked his new shirt.

Simi had taken to her Instagram page to share photos of herself rocking a shirt and short as she gushed over her beauty.

Striking resemblance between Simi and her daughter generates…

She wrote: how can you be this fine without sharing your testimony. also my nails are so f*ked up. pulled out four of em yesterday, but if anybody ask me, i’ma say i was born this way,

Reacting to the post, Adekunle Gold revealed that Simi is wearing his new shirt, which he has never won nor take a picture with, but Simi has hastily gone to wear and post on social media.

Responding to this, Simi promised to send Adekunle Gold her flowers in exchange for more of his shirts. See conversation below;

adekunlegold wrote: Shirt wey I never snap picture with, you don run am. Marry! Marry! na hin be this?!

symplysimi wrote:@adekunlegold 😪 i give you my flower, you give me your shirt. 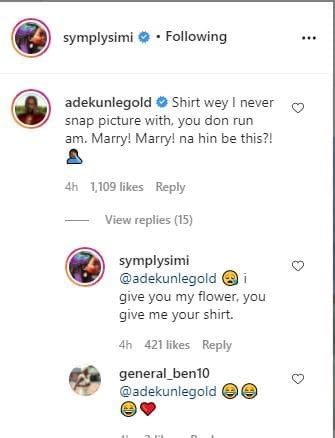