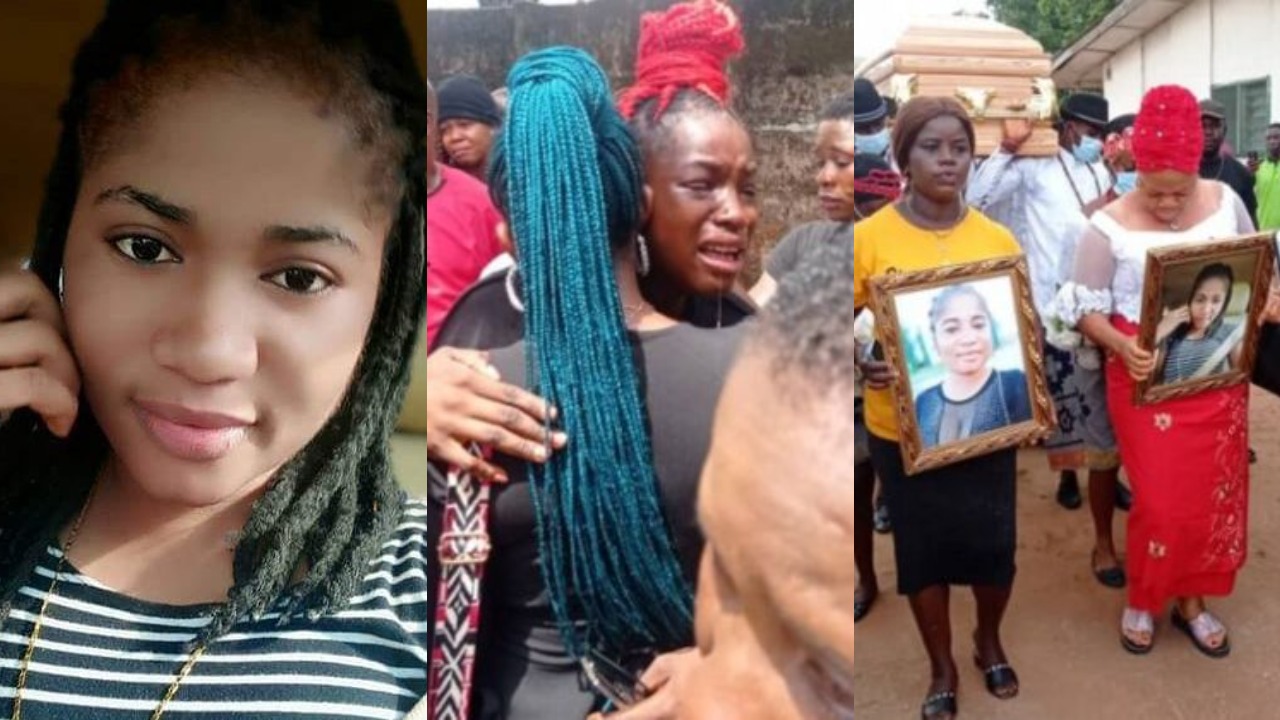 Photos from comedian, Ada Jesus burial today, 28th of May, 2021 have surfaced on social media.

Recall that on the 21st of April, Ada was reported dead after battling kidney problem which led to a partial stroke.

The mother of one later suffered a cardiac arrest and was rushed to the ICU where she gave up the ghost.

Believe me, Ada Jesus is not dead, she is still alive…

In the photos that surfaced on social media, families, fans and friends of the mother of one were seen shedding hot tears as they pay their last respect and left to live with her memories for the rest of their lives.

The funeral of Ada Jesus is currently ongoing as a friend identified as @iampreence shared some photos of the comedian at the funeral grounds with the caption;