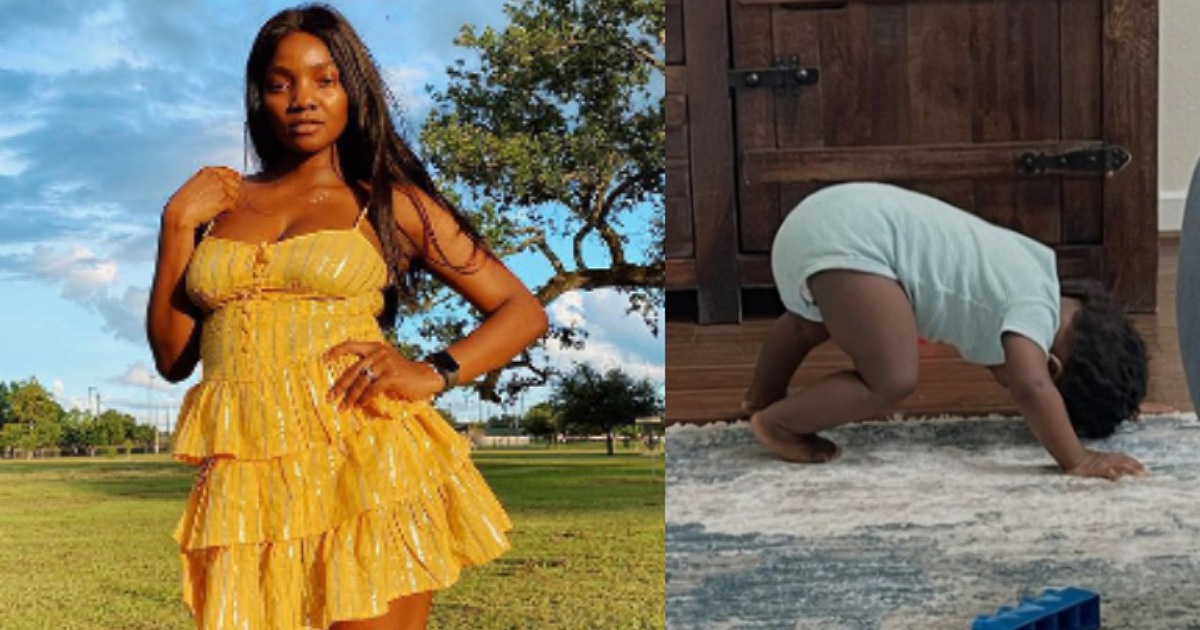 Nigerian singer, Simi has dragged womb watchers who claimed that the singer is pregnant with her second child.

The drama started after the singer shared a photo of her daughter, Adejare bending her head downwards, and reacting to the photo, some fans claimed that babies always do that when their mothers are pregnant.

Man cries out over his wife’s body shape after giving…

Simi, who was apparently infuriated by their comments, disclosed that her daughter also did that last year and she hasn’t seen any baby since then.

She went further to drag womb watchers, adding that if they make such comments again, she will block them.

“Lotta people saying babies do that when their mom is pregnant. She did that months ago too, and I ain’t seen no baby. Don’t let me block you ok? Pregnant ko konvenant ni”, Simi wrote.

How my sister was sacked for being related to me — Media Personality, Derenle Edun