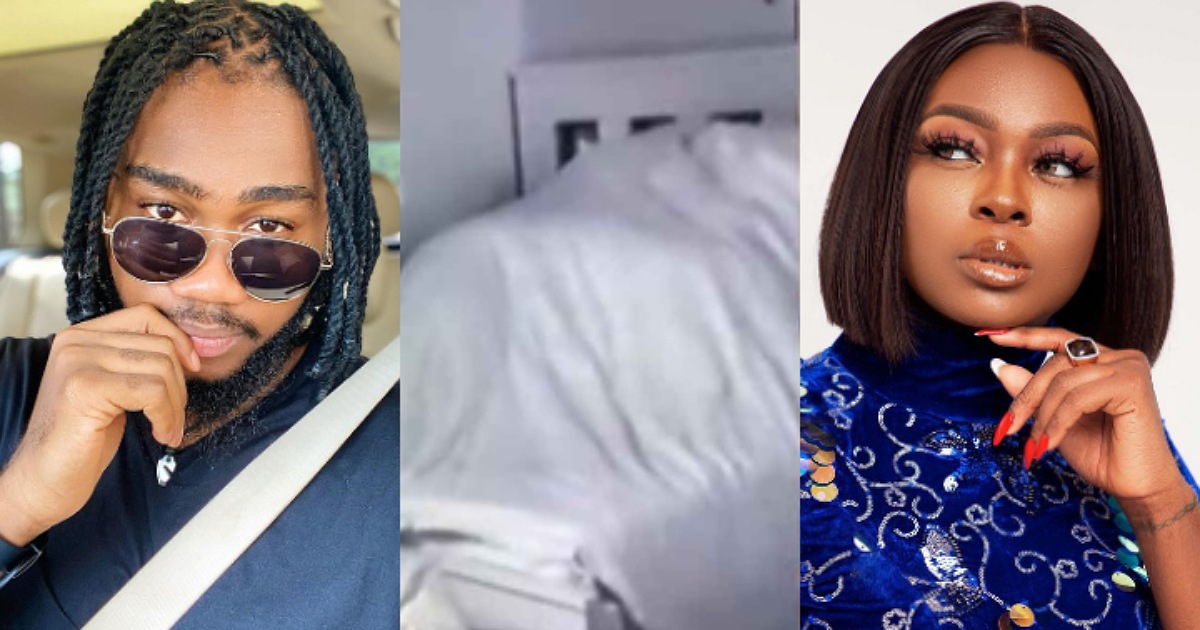 Former housemate of BBNaija lockdown season, Ka3na has dragged Praise, saying he didn’t last up to 5seconds in bed.

Recall, social media went crazy when the pair were caught on camera moving their bodies in ecstasy under the sheets. At one point, Ka3na was heard telling Praise to “continue” when he stopped moving his body.

Following her eviction from the Big Brother Naija season 5, Ka3na granted an interview and denied having s*x with Praise in the Big Brother House but acknowledged that they were ‘aggressively’ cuddling under the sheets.

However, during reunion last night, she contradicted her statement as she acknowledged that she actually slept with Praise, but he didn’t last up to 5seconds in bed.