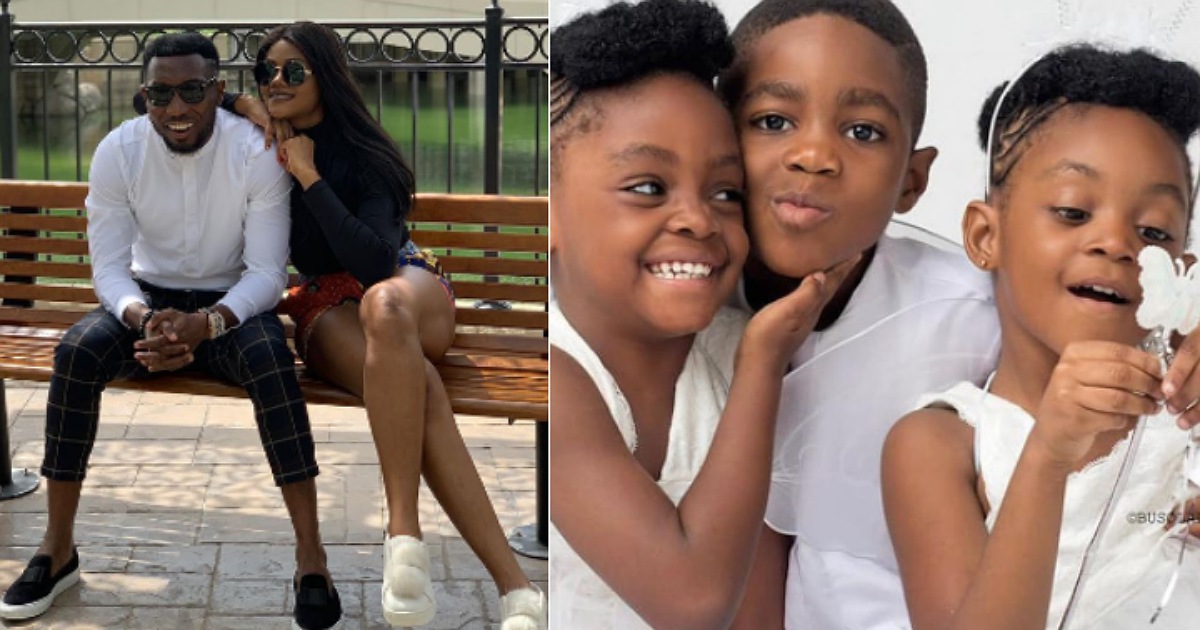 Nigerian singer, Timi Dakolo, has revealed how their children, Alexander, Hallel, and Zoe Dakolo discovered that their mother, Busola, was r*ped by a pastor.

“Yes, we informed our kids. I think I raised my kids differently. Children love validation. My kids can talk to me and express themselves very well. I had to make them know that their mother is a superhero.

Timi Dakolo jubilates as his son graduates to college

I explained that it was a painful experience that happened when their mum was very young. They understood even though they might not know the gravity of what it was. They understood that something was happening. So, anytime they go to her, they give her a hug.

“When you tell someone that, ‘I’ve got you’, be true about it. Often times, we associate being a man with muscle, biceps and strength. The pain that one feels that is not physical is the real pain. When one tells one’s partner, ‘for better, for worse’, most people think it is just ‘for the better’ because one cannot quantify the worse.

It does not announce itself. When one says those words, one has to be sure. Don’t say it because everyone is saying it. Many times, she had wanted to tell me certain things but I had waved her off. I had known about the issue and telling me was not easy for her.”

On whether he was worried that his wife’s revelation would have a negative impact on his career, the ‘Iyawo Mi’ singer said,

“No, I was not worried that her story might affect my success. People don’t get it. Someone once asked me this question and I said I would always know how to sing. In the midst of six million people, I would sing and people would notice. The word ‘man’ is synonymous with responsibility and one won’t need certain things when one is strong. When they say family first, it means let everything stop. It’s not in the good times alone.”

When asked about his opinion on failed marriages, Timi Dakolo added,

“Before two people decide to get married or have children, they should sit down to talk. Forget all the marriage counselling that says ‘you must obey him’ or ‘when he is talking, the woman should keep quiet’. I think we place too much (emphasis on) religion in front of this thing called marriage. For instance, it is not every time that the husband talks that the wife should not talk.

It is not every time that love is at its highest. Forever is such a long time for one to make a mistake. Discuss deeply without external input first. Everything should be based on the truth. I think one of the biggest mistakes is when one gets married, thinking one’s partner would change. One cannot change anybody. Human beings will fail one and let one down. We are prone to make mistakes. If one marries the idea of a Prince Charming, it would fail one. One must give up a part of one’s ego to stay in a marriage.”