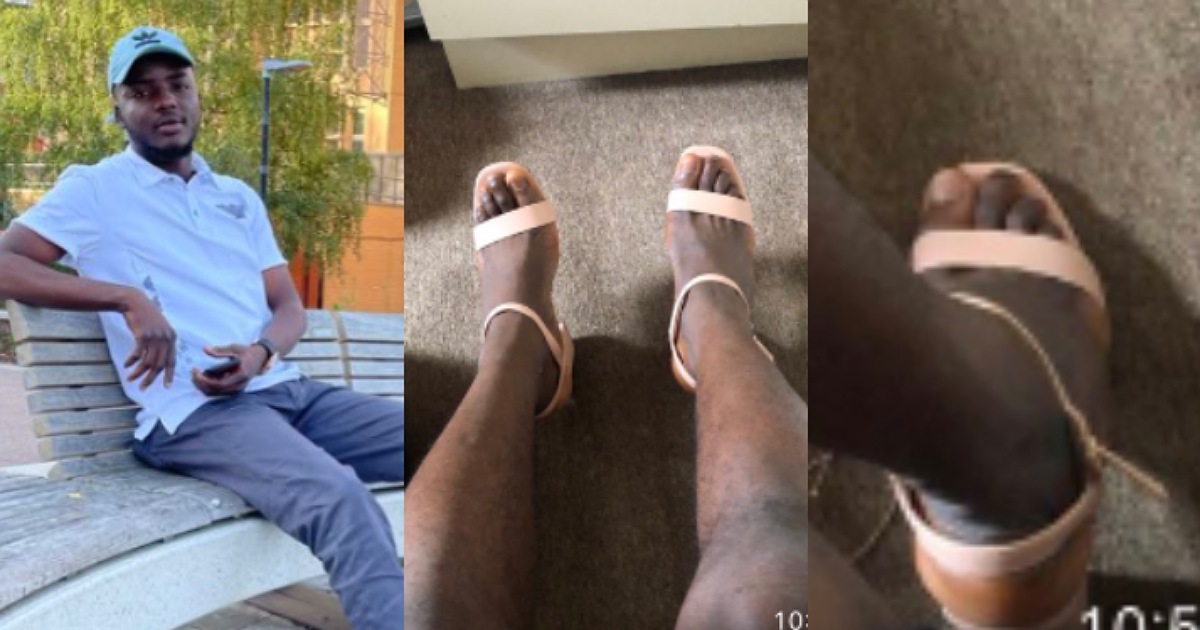 Twitter user, Ovie_Joshua has revealed what his wife did to him after he went to a store to buy her a new shoe.

According to Joshua, he bought his wife a shoe, and she forced him to put on the shoes and snap it, so she can see how it looks.

The obedient husband obeyed her command and snapped the shoes after putting it on, but then, he went to Twitter to share his experience.

Ranting on Twitter, he shared a screenshot of his chat with “wifey” and explained what transpired between them.

“I bought a shoe for this woman and she forced me to wear it and snap so she can see how it looks..”

Lady publicly proposes to Bobrisky, says she wants to spend the rest of her life with him