Mixed reactions from fans as actress, Eniola Badmus reveals she does not collect money from her lover 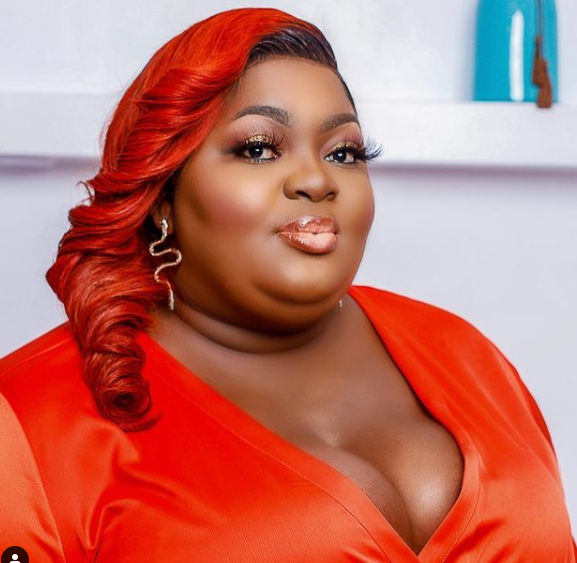 Social media users have reacted differently to actress, Eniola Badmus’s revelation about how she does not collect money from her lover.

According to Eniola, she thinks she is the only one that does not collect money from whoever she is dating.

Taking to Instagram to say this, the actress wrote; 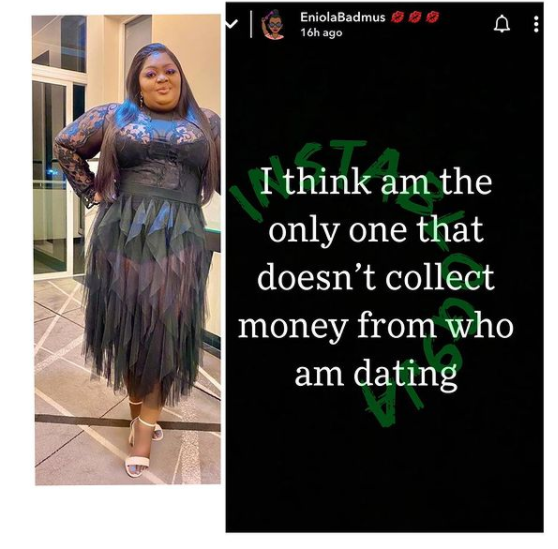 @itzadorable wrote “Madam rest, you not the only one.. we plenty but we no dey make noise”

@the_realfatfact wrote “You’re not the only one , there are plenty girls that doesn’t send your money . Some girls will rather collect from their toasters and spend rather than taking from their own boyfriend”

@mc_daprince1 wrote “Hmmmmm she might be right tho cuz if I am the one eating you , auntie you are the man I am the woman so you have to giving me money ooh it’s not easy to date someone like you”

‘On this day, an extraordinary human was born’ – Tonto Dikeh says as she celebrates 36th birthday