Pastor Adeboye, others will be prosecuted for tweeting – Lai Mohammed 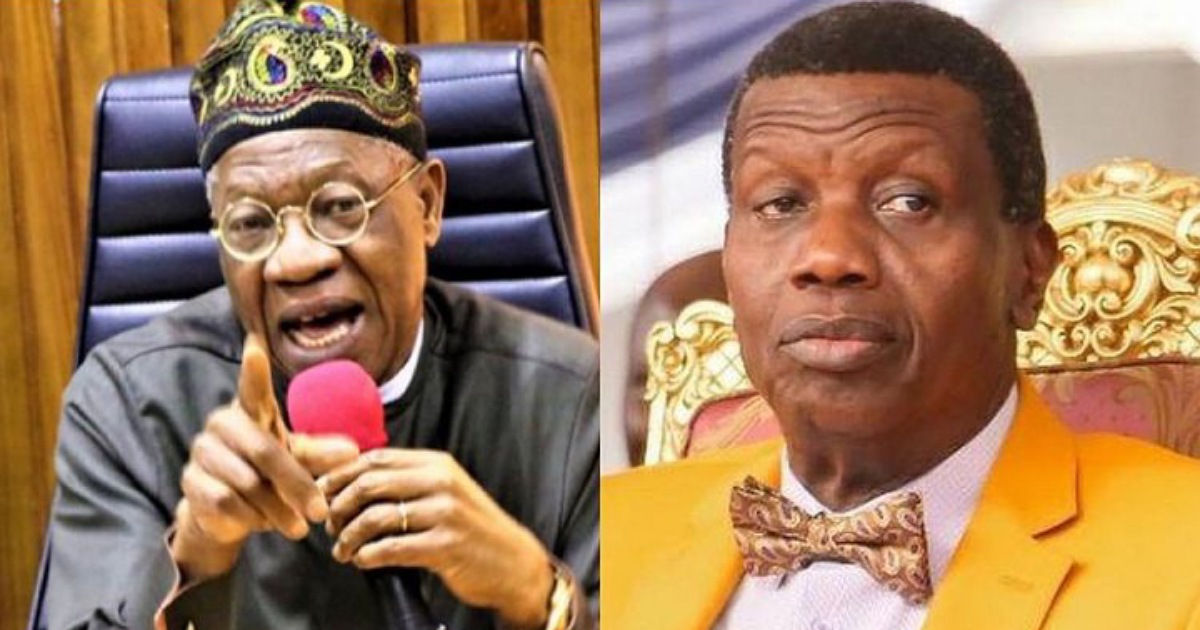 Nigeria’s Minister of Information, Lai Mohammed says the Attorney General, Abubakar Malami would ensure that Nigerians who still accessed Twitter, despite the ban, would be prosecuted.

The Minister said this in an interview with BBC Africa Focus on Monday, after he was asked if Mr Adeboye will be prosecuted for using Twitter, despite justifying his insistence on using the platform with Article 19 of the UN Universal Declaration of Human Rights (UDHR).

Article 19 of the UDHR states that “Everyone has the right to freedom of opinion and expression; this right includes freedom to hold opinions without interference and to seek, receive and impart information and ideas through any media and regardless of frontiers.”

Mr Mohammed emphasised in the interview that the persistent use of Twitter in Nigeria is undermining the country’s corporate existence.

“The government has suspended indefinitely, the operations of Twitter in Nigeria because of the persistent use of the platform for activities that are capable of undermining Nigeria’s corporate existence and the government.

“Also directed the National Broadcasting Commission to immediately commence the process of licencing all social media operations in Nigeria,” he said.

According to him, Mr Malami is in charge and has the final say on who or not to prosecute.

The general overseer of the Redeemed Christian Church of God (RCCG) on Monday insisted on using his Twitter account despite the ban on the social media platform by the Nigerian government.

“The Redeemed Christian Church of God is domiciled in more than 170 Nations & Territories,” Mr Adeboye tweeted on Monday. “The tweets here are in accordance to Article 19 of the UN universal declaration of Human Rights.”