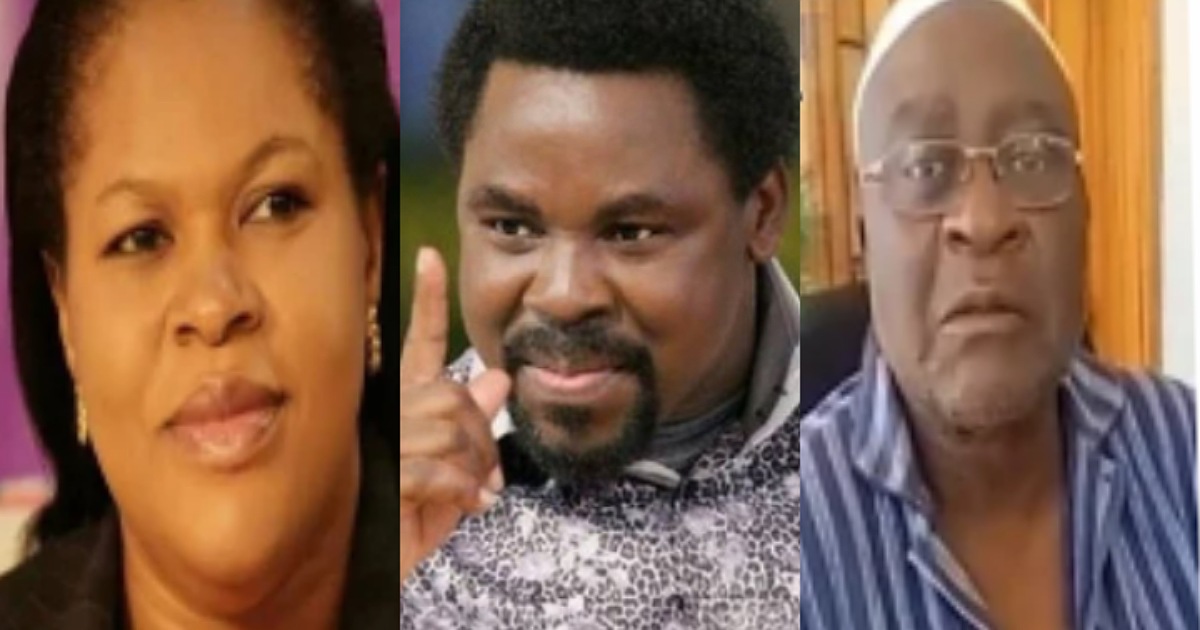 A video making the rounds on social media shows a man reported to be TB Joshua’s uncle, vowing not to take it lightly if the late pastor is buried in Lagos.

Recall, the news of TB Joshua’s death filtered into the media on Sunday morning and following his departure, church members, friends, politicians, and well-wishers used different means to sympathize with the family of the deceased and his church.

However, a recent video reveals that TB Joshua’s wife and Uncle have been fighting over a place his body will be buried.

Landlord’s skeleton found on his bed 4 years after he…

A man reported to be TB Joshua’s uncle says he won’t take it lightly if the late pastors wife and children allow them bury TB Joshua in Lagos instead of bringing his corpse back to his village.