Woman abandons husband of 20 years and six children to marry “holy Spirit”, says it’s the will of God (Video) 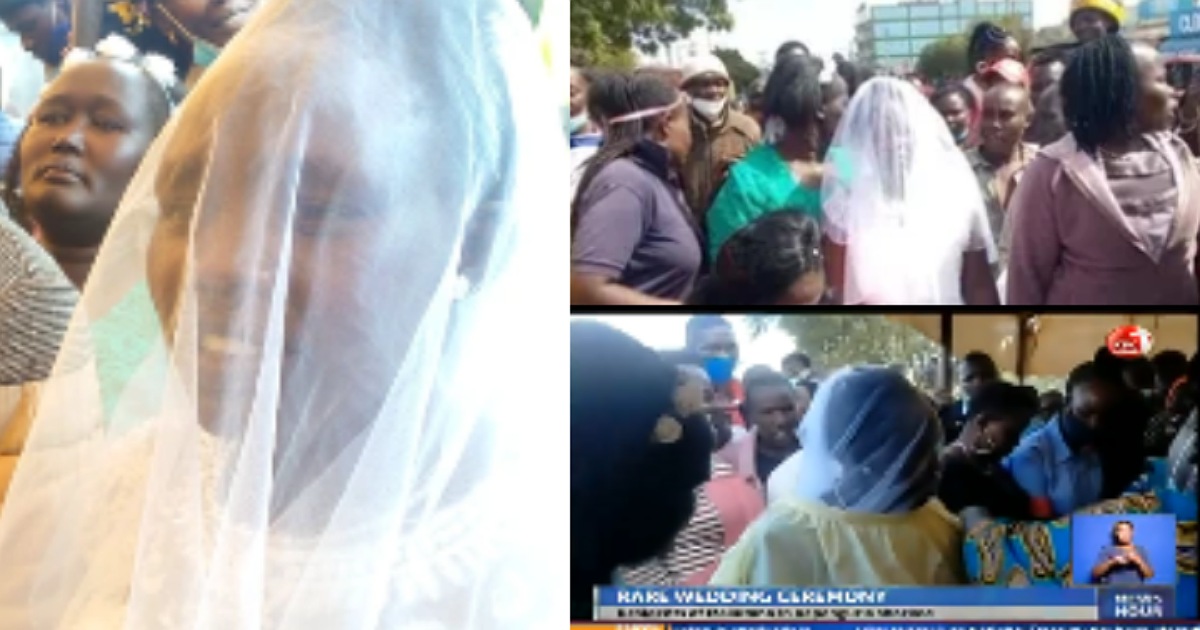 Elizabeth Nalem, a wife and mother of six recently decided to let go of her 20 years old marriage and get married to the ‘Holy Spirit’.

She was however supported by her husband who brought 22 cows and 15 goats for the bride price.

The weeding took place in west pokot county in Kenya. It was gathered that the priest who officiated the wedding ceremony was suspended.

After the wedding ceremony, Elizabeth Nalem who is 41 years old went missing for several days and later returned home.

Her husband Nalem said he doesn’t understand what is disturbing his wife that she had to leave him to care for their six children alone, qdding that his wife’s decision to marry the ‘Holy Spirit’ has deeply affected him.

He also said although he doesn’t go to church he allowed his wife to attend church before she began weird prayer pattern and later left his house.

Elizabeth who spoke with the press said God called her to preach the gospel of Christ, and this made her close her hotel business to avoid interference with the new assignment.

She assured her husband and children that she didn’t abandon them but requested that they let her do the will for God.

Pastor Albert Rumaita of the Anglican Church Makutano that conducted the wedding ceremony, said he had no choice but to do what she wanted.

Members of the community advised Elizabeth Nalem to not go on with the ceremony but she was adamant. According to an elder in the community, he said it was against their culture to marry something they cannot see.

Actress Etinosa dismisses Nigerians’ claim that BBNaija made Tacha, says who is responsible for Tacha’s success