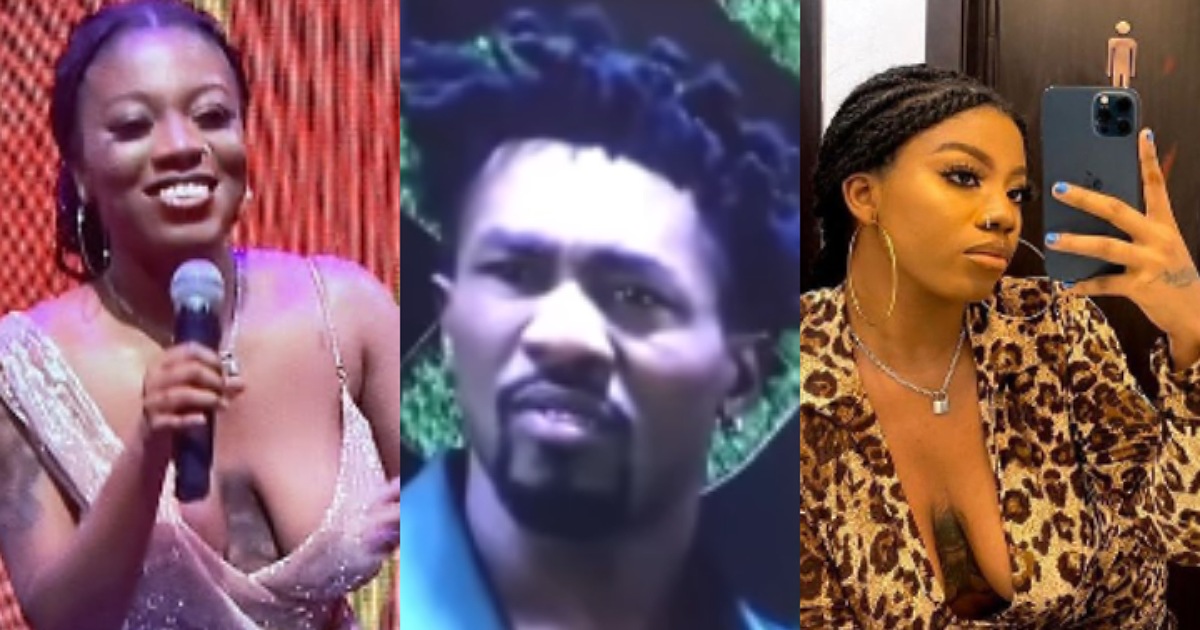 Big Brother Naija “shine your eye” housemate, Angel has been the topic of controversial discussions on social media.

While coming out, Angel dressed in a revealing cloth which brought out her boobs and Nigerians dragged her for showing off boobs which they claimed are already “sagging”.

Since then, her name has continued ringing in the mouths of BBNaija fans as fans argue and clash over the nature of her boobs, with her fans insisting that she has naturally sagging boobs.

While introducing herself to the housemates, Angel revealed that she is just 19 years old and Boma’s reaction was priceless.