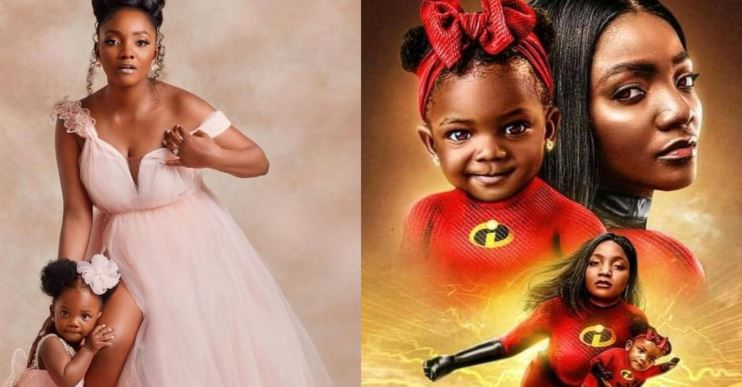 Nigerian singer Simi has reacted to a photo of herself and her daughter Deja drew by a fan saying she hates how much she loves the photo.

The photo sees Simi as a superwoman carrying her daughter Deja while they fly trying to protect her and another with the two looking as if they are actresses on the cover of a movie and it looks amazing.

The photo is beautiful and amazing hence it’s not surprising that Simi fell in love with it claiming she hates how much she loves it and she isn’t the only person who loves it as reactions from tweeps show they love it as well.

Simi and her daughter Deja always look beautiful together and the person who made this art of the two did a good job by capturing their smiles so well making them look so good, which is why she has fallen in love with it. 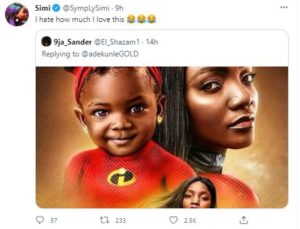 “Everything I want is attached to you” – Regina Daniel mother’s alleged new husband says, as he shares new photo