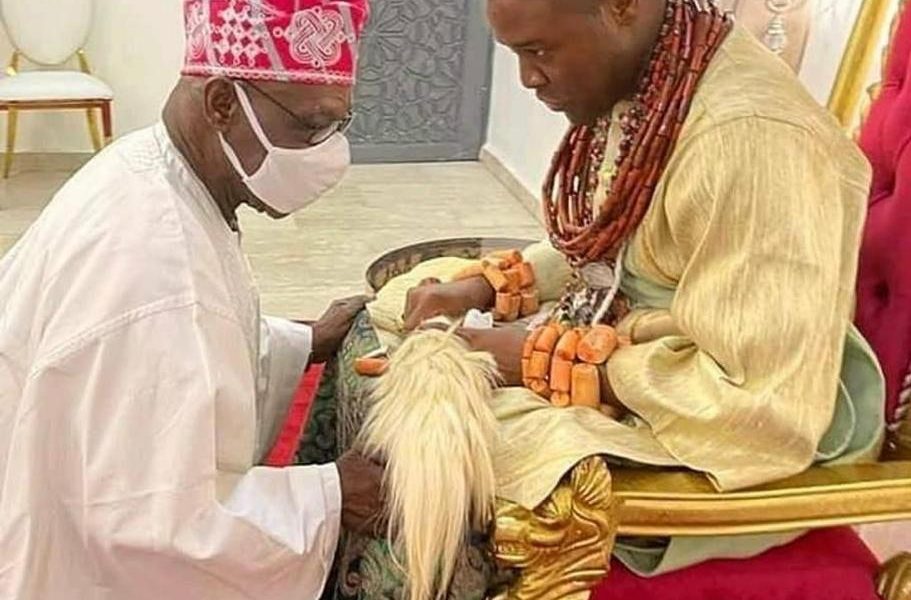 In the photo, the former president of Nigeria was seen on his knees paying homage to the Olu of Warri, Ogiame Atuwatse III, at his coronation thanksgiving service in Warri.

This photo has generated lots of comments on social media because of the age difference between Obasanjo and the Olu of Warri.

Actor Sam Ajibola replies those who said his son looks like…

My generation should step down — Former President, Obasanjo 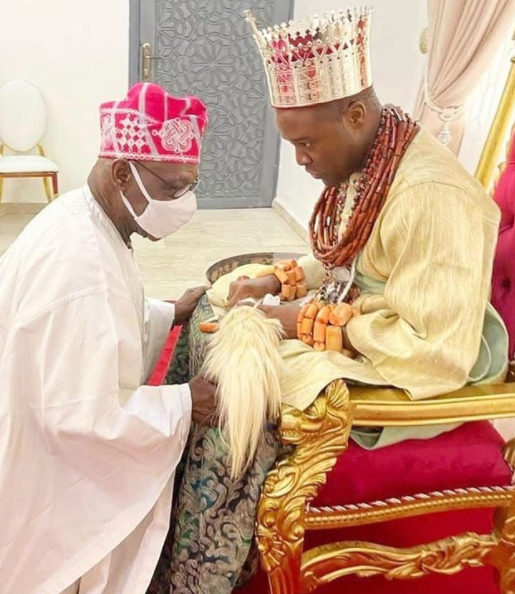 realmercyaigbe wrote; When I saw this picture, one thing came to my mind, Tradition! Nothings beats our Tradition. Long live the King @oluofwarri

officialcorazon1 wrote; OBJ is a maestro. He was in Warri today to pay homage to the 21st Olu of Warri (or Itsekiri). He exemplifies the wisdom “stoop to conquer”. He’s a networker and bridge-builder. It’s a privilege to be learning from him.

tyjimiwigs wrote; Obj has so much respect. First it was Oni of Ife. Let other leaders learn from him.

Davido, Donjazzy, other celebrities in awe over Tiwa Savage and Brandy’s viral video

BBNaija 2021; ‘What I will do if Emmanuel gets evicted’ – Liquorose