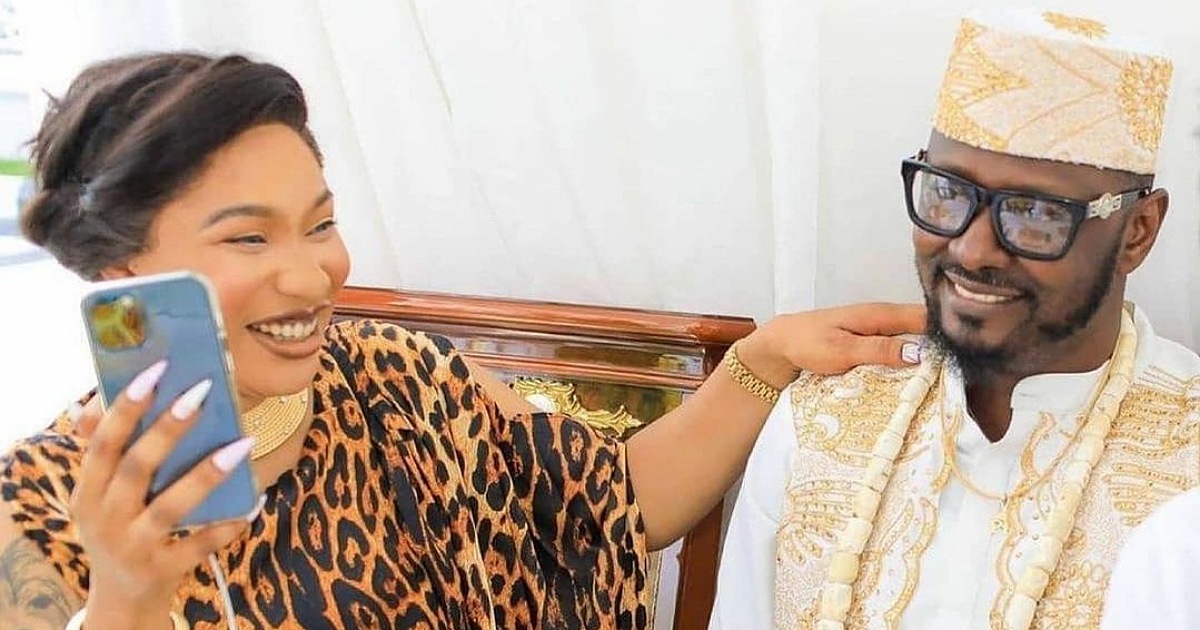 Actress Tonto Dikeh’s ‘husband’, Prince Kpokpogri, has denied being the voice behind the viral audio on social media.

Recall, a blogger recently released a recorded audio allegedly between Prince and a yet-to-be identified woman. In the audio, Prince admitted to cheating on the actress and enjoying s** with sidechick.

He also revealed that he and the actress has been quarrelling over her refusal to stop smoking and drinking, which he finds irritating.

“I have never experienced cheating in my relationship…

The audio went viral on social media and angry fans anticipated reactions from either Tonto Dikeh or her man.

Prince has however debunked the audio recording, saying it is a ‘fake clone audio’ and people should disregard it. He added that he will do an Instagram Live so people can hear his real voice and compare it with that of the voice recording.

“Fake news, fake clone voice recording. Kindly disregard it. I will be on Instagram live on Sunday for clarity sake, distinguishing the fake voices from the real voice if need be.”

#BBNaija: How I went into labour for four days before giving birth to my son – Jackie B