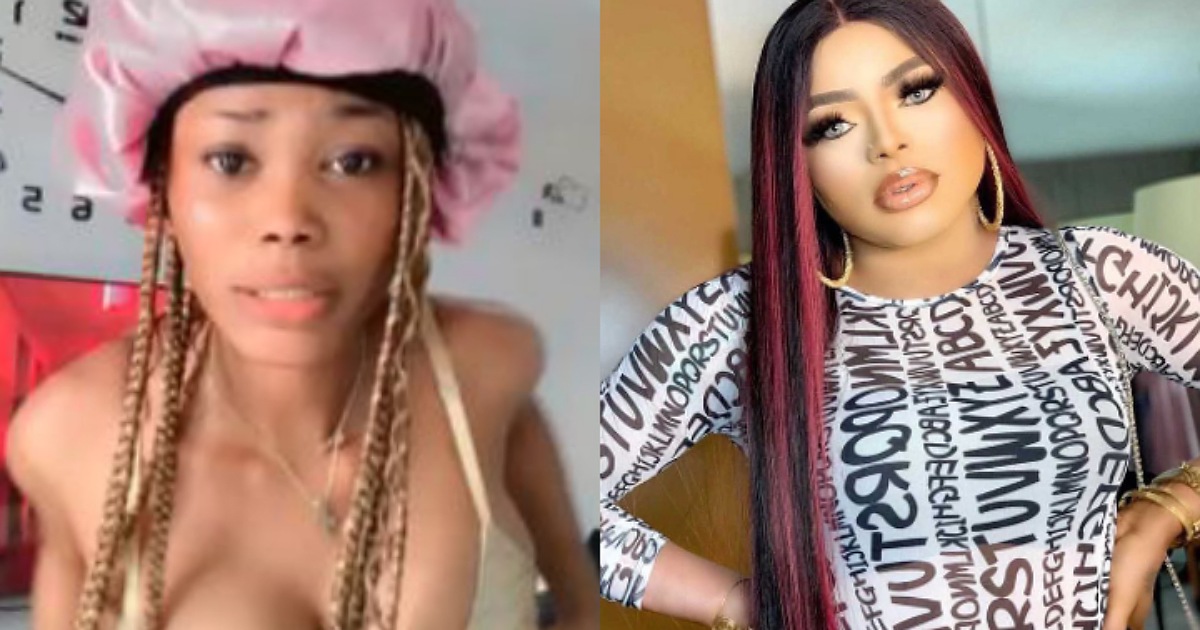 She also narrated how Bobrisky allegedly invited his boyfriend to the same hotel they lodged, and had s3x with him.

“Bob is ugly. It’s just make up. He has beards and the beards is full of pimples. So even if he shaves it, he has to put a lot of foundation to hide it.

He is a man, a real man. He is even bald. That is why he always wear his wig starting from the front head so that people will not notice that he’s not having hair.

He has a d!ck for sure because he always stands to pee. I have never seen him bending down.

He has a boyfriend. His boyfriend came one day at hotel room when we were in Raddison blue. He ask me to go to the reception that he has to receive a friend. So I left the room at 7pm and he called me back at 11:50pm almost midnight.

I really wanted to pee so I went to the toilet and I saw c*ndom full of sp3rm. I was so curious because I couldn’t imagine that man could f*xk his a$$. He told me it’s for Tosin his friend but that Tosin didn’t sleep at Raddison hotel so how come”.

One thing I can never forget about he/she is that he can lie on people.”