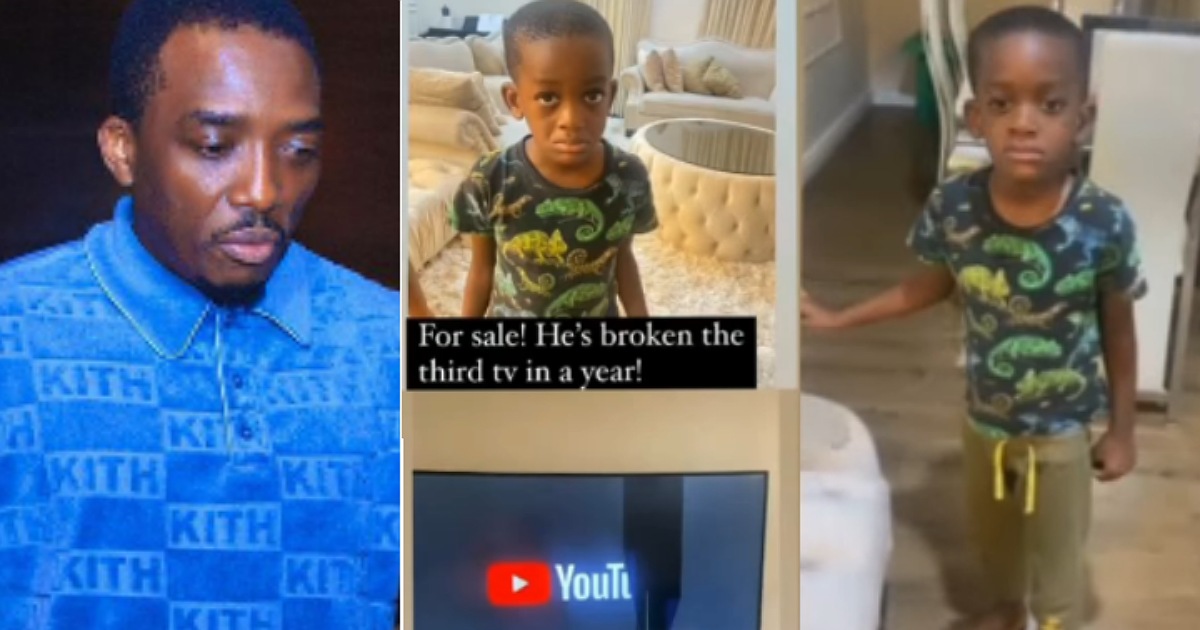 Popular Nigerian comedian, Bovi, has put his last son for ‘sale’ after he broke their television set for the third time this year.

Bovi posted a video of him interrogating his crying son after he broke the TV and wrote;

“For sale! He’s broken the third TV in a year”.

Why I was banned from entering the US – Bovi reveals

In another news, Bovi recently shared a prank video of himself and his daughter speaking about Disney taking a lucky kid to Disney land.

While making a presentation on why his daughter is qualified to be among the participants, Bovi narrated how she peed on bed, stole in school and almost got expelled, but they had to beg the school management.

Bovi’s daughter expressed surprise over what her father was saying, and she started crying.

In response, Bovi consoled her, saying she is not a thief, never stole but was only joking with her.