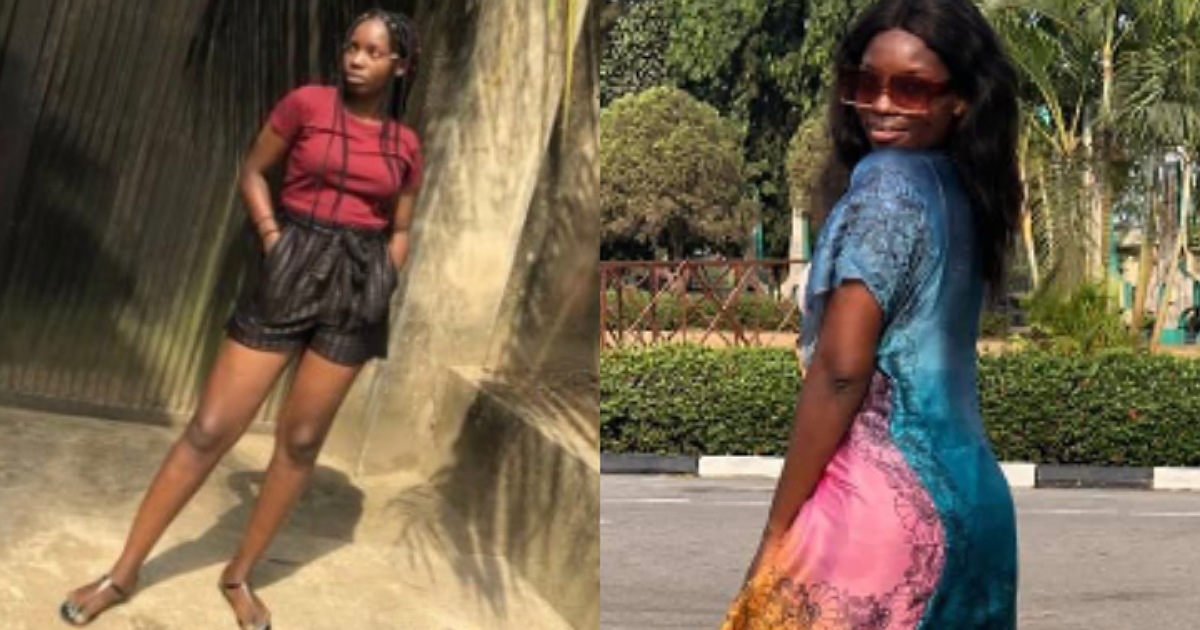 Twitter user identified as Peace Jero has narrated how she slept with her friend’s father as revenge for sleeping with her boyfriend.

According to the lady, her friend slept with her man and she really wanted to pay her back in her own coin.

However she added that she now regrets her action because it was not worth it in the end.

“Have u ever done revenge cheating? What was your reason? Mine was because he fucked my friend. My revenge was actually on my friend; I fucked her dad. Although I now regret my actions.” 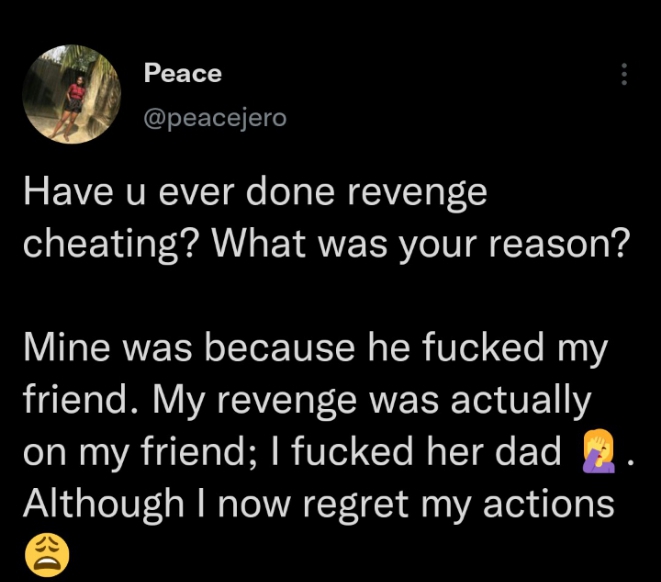