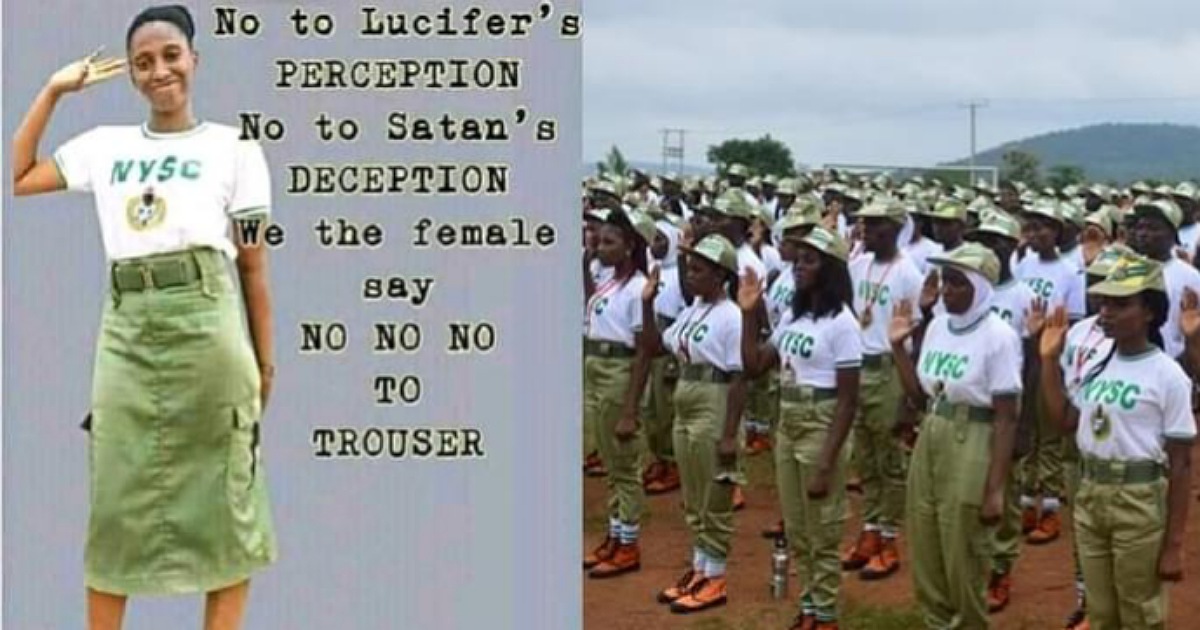 A member of the Deeper Life Bible Church, Awoh Liberty has sparked controversy on social media after he shared photo of a female corp member rocking khaki skirt.

The photo which he shared to different Christian groups, showed a female Corps member wearing a khaki skirt instead of the trousers mandated as the proper dress code by the NYSC.

Liberty shared the photo on various Christian Facebook groups on Sunday, and the photo had the inscription, “No to Lucifer’s Perception. No to Satan’d Deception. We the female say no no no to trouser”.

The post then sparked mixed reactions on the various groups with a few people in support while many argued that it’s not possible to engage in physical activities in the NYSC orientation camp while wearing a skirt.

“This uniform is an occupational clothing na, all things are lawful but not all are expedient na. Wear the trouser, you never commit sin. Dont be like the unbelievers who are not enlightened”

“If you want to marry Drake, use juju, not prayers” – Uche Maduagwu advises Tems