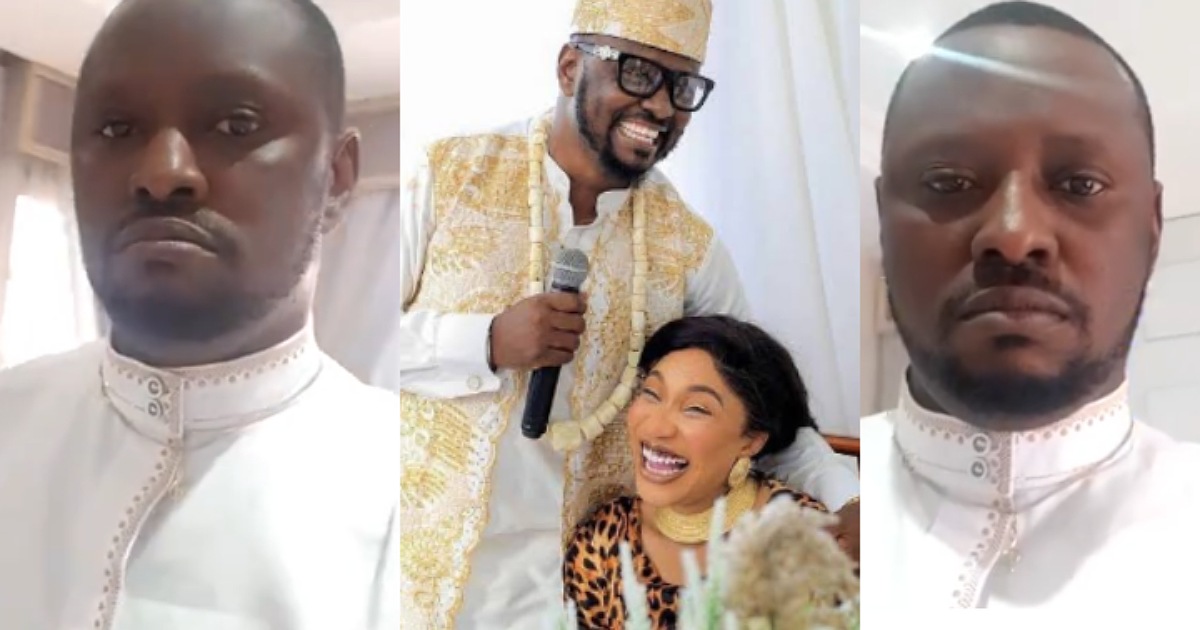 Prince Kpokpogri has narrated how his ex, Tonto Dikeh allegedly went to Lagos to ‘open her legs’ like Lekki toll gate.

According to Prince, Tonto Dikeh cheated on him at the onset of their relationship. He claimed that his barely 3 months relationship with the actress was a living hell for him.

Recall, just yesterday, he applauded Tonto Dikeh’s ex husband, Churchill for being able to cope with the actress.

“As a publisher, a business man and for the sake of clarity for the timid followers, I dare politician at all or anyone at all bold enough to come out with evidence of any sort or kind showing hush-money paid and for what he or she was blackmail for or forever remain silent.

Nigerian men they are coming for you all with the same pattern. Once you get close enough to her, your downfall is plotted and executed in connection with Nigerian bloggers. The recent revelation shows we all need to be wary of ‘helen of troy’. It’s glaring who really had an ulterior motive all along as exposed by her partners in crime

We dated for barely three months and it was more less a living hell. So much has happened in such little time that I overlooked for the sake of the so-called relationship and my potential sanity. However, I would be releasing evidence on how anty cheated right from the very start of our relationship when she went to Lagos to open her legs like Lekki toll gate and how she cried and begged for a second chance and even threatened to commit suicide if I don’t forgive her.

Las Las there’s no worse evil than a bad woman and nothing has ever been produced better than a good one.”

“So it was all a setup” – Throwback post of Prince Kpokpogri’s brother, Michel about Tonto Dikeh, sparks outrage