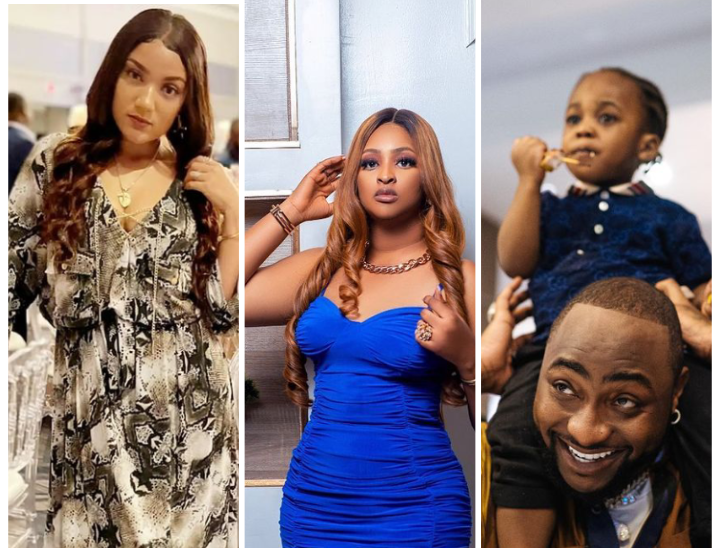 Recall that Davido attended his son’s birthday during the weekend and former Big Brother Naija housemate praised the singer for being responsible and called him the best father in the world.

“Anybody wey send me rubbish, anything you see take am…

The reality tv star and singer had said that no father is better than Davido. Her words:

“No papa beta pass DAVIDO Periodtttt…No matter what saga it is between him and his relationships, he’s always gonna be there for his kids, come rain come shine. And that, I respect and love him”, she had said.

She slammed Gifty for praising Davido for being a responsible father. She stated she has never seen a woman being praised for breastfeeding her own child, and therefore sees no reason a man should be praised for being responsible towards his children.

Etinosa further stated that Gifty was trying to shoot her shot towards Davido.

Her words: Worshipping strangers online in the name of celebrity who don’t give a hoot about you. My father of blessed memory made me who I am today. He is my only male role model as it should be. Yes I am still hurting from the pains of his demise. So please next time you want to chase clout and shoot your shot at Davido try to say ‘no papa for my family better pass Davido’, instead of saying ‘no papa better pass Davido’. Because my papa better pass a billion Davido s and I will never see him again to tell him”, she wrote.

She however apologize to Singer Gifty for the outburst:

“I don’t do that outburst gbas gbos shit anymore. It is not my thing. I profusely apologize”.

Naomi Campbell Forced Me To Model For Dolice And Gabbana, Wizkid Reveals

BB Naija: The Knife You Use To Cut Me, I Am It’s Superior, Angel Hypes Herself