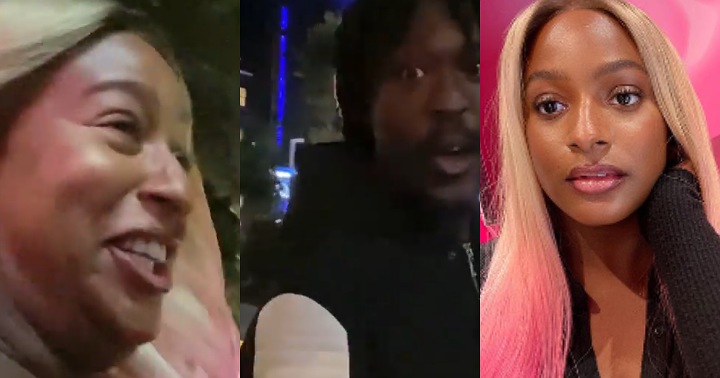 A video making the rounds on social media shows the moment popular disc jockey, Cuppy, took to her heels after her date told her where he’s from.

The billionaire daughter fled the scene after finding out that her London date hails from Nigeria.

In the video, Cuppy who recently matriculated into the University of Oxford, UK, was spotted with a guy identified as Richard who intended to take her on a date.

While conversing with themselves, DJ Cuppy questioned the guy of his originality, aside being a British citizen.

Richard’s answer caused the billionaire’s daughter to hit the road as he mentioned that he’s from Nigeria.

The video has sparked outrage from Nigerian men on social media as they condemn Cuppy for looking down on a Nigerian man.

You’ve inspired so many people, I commend you – Yul Edochie hails Tiwa Savage over leaked tape

“From Mummy G.O to Sugar Mummy” — Nigerians react to transformation of a former “church girl” (Video)