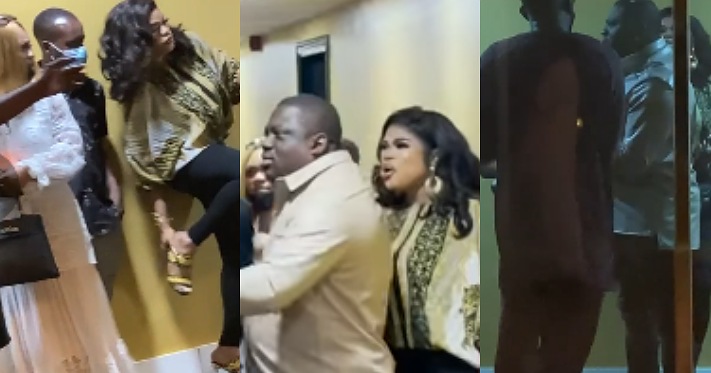 A video making the rounds on social media has captured the moment Bobrisky got into an altercation with a man in public.

It was gathered that the man stopped Bobrisky at first and requested for a photo.

He subsequently requested to see Bobrisky’s phone, a request which Bobrisky politely turned down.

However, the alleged fan became violent and began to claim that Bobrisky collected N5milllion from his boyfriend earlier on.

The fan also claimed that Bob took the money from his boyfriend which he used in purchasing the phone.

In the video, the fan was seen making attempt to hit Bobrisky and collect his phone from him, but Bobrisky didn’t let it happen, rather he bent down to pull off his shoe.

Casket seller orders driver to buy all caskets, after his car rammed into his shop and destroyed everything