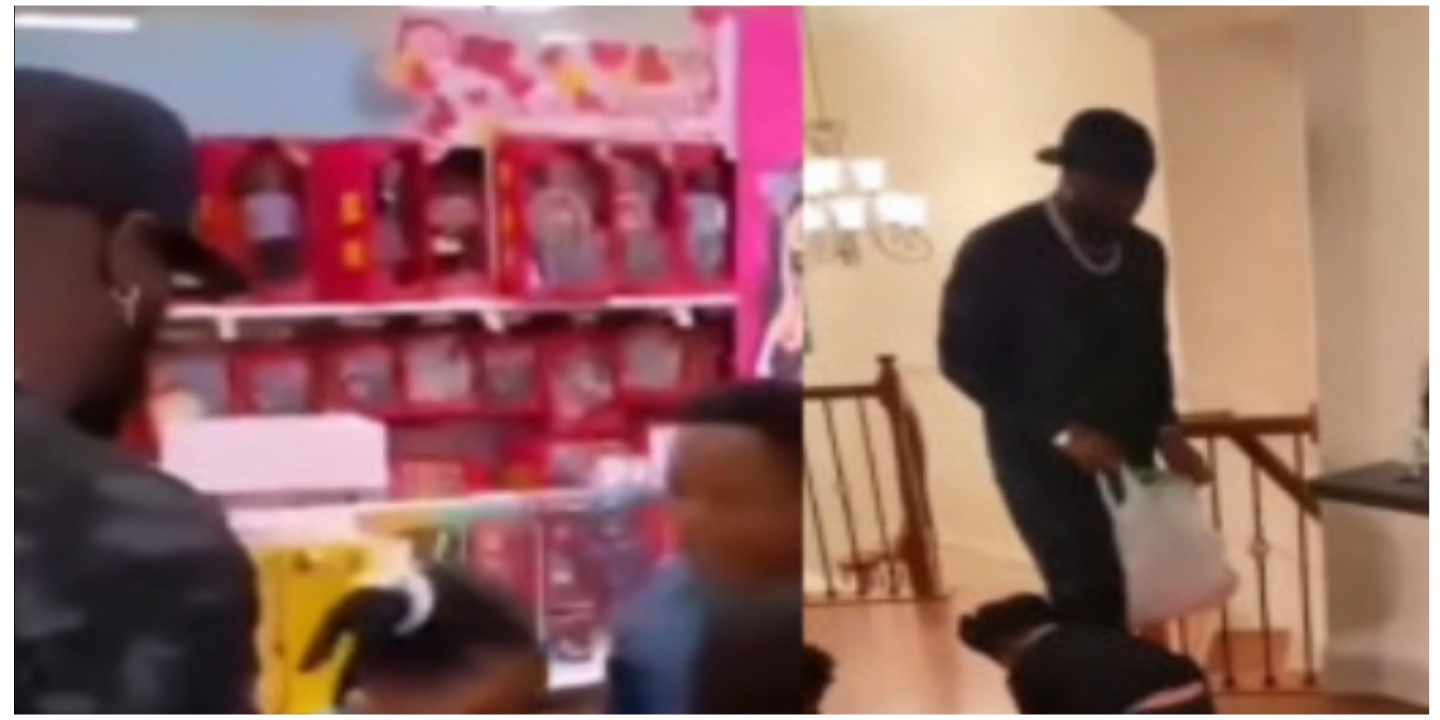 Peter Okoye and Paul Okoye of the defunct Psquare group ,have put their differences aside. This is so as Peter Okoye takes Paul’s children out for shopping in the US.

Peter Okoye in a video shared on Instagram, was spotted taking Paul’s children out for Christmas shopping, amidst their differences.

The twin brothers put their differences aside, for the first time in years, as Peter Okoye takes Paul Okoye’s children out shopping in the States.

I don’t care what anyone says, I must marry him…

Paul’s wife, Anita Okoye, took to her Instagram page and shared the video of the happy moment. She also thanked Peter for his kind gesture.

Her words: “Thanks uncle Peter”.

In the cute video, Peter was spotted driving Paul’s daughter, Nadia around in a cart, and he also bought nice gifts for the kids.

Anita Okoye, who has been in the middle amidst the differences between the twin brothers had earlier filed for divorce from her husband Paul Okoye.

Amidst this, she shared the video of the Christmas shopping online and thanked Peter for the visit.