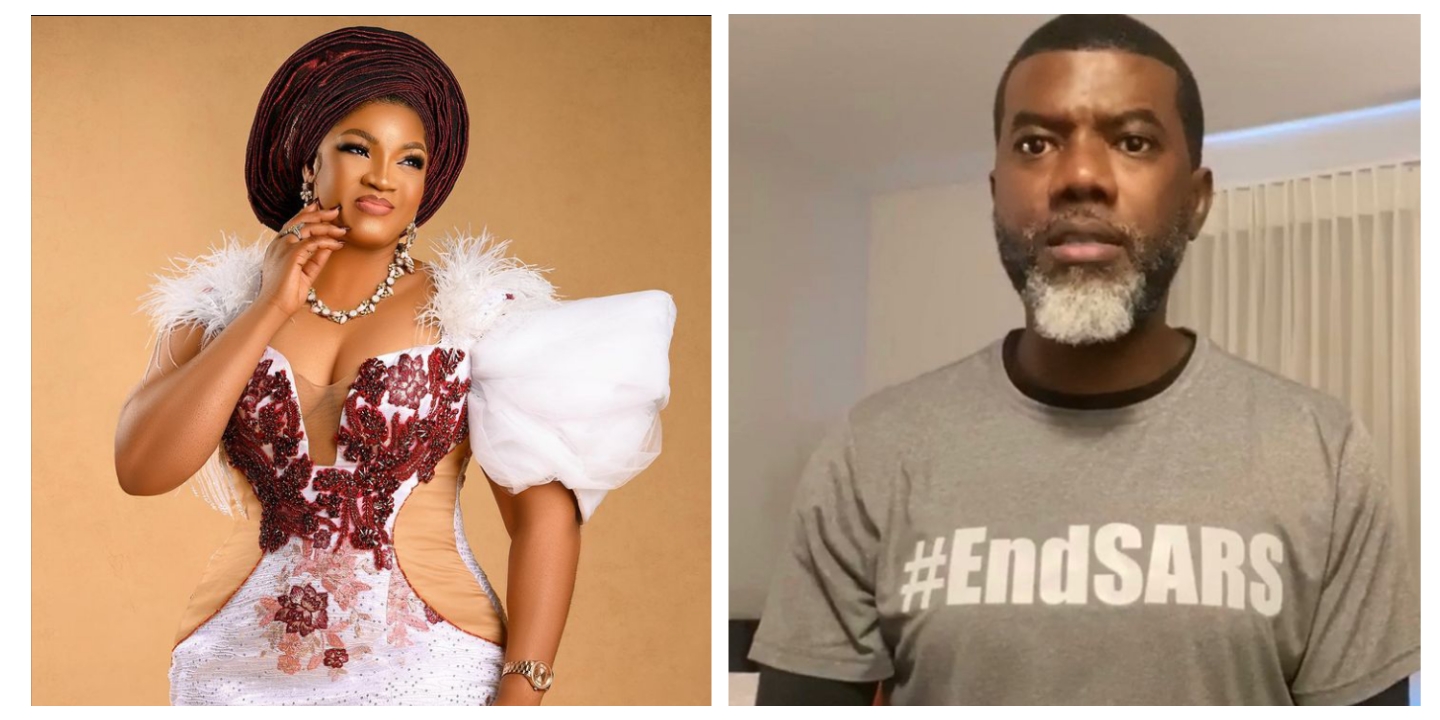 Veteran actor, Omotola Jalade-Ekeinde, has received heavy backlash after the report of the judicial panel on the Lekki shooting, revealed that there were killings at the Lekki Toll Gate massacre.

This is in connection to a tweet the actress made in 2020, on the October 20, 2020, Lekki shooting. The actress in her tweet questioned the possibility of anyone being killed during the peaceful protest.

Omotola had made a tweet that painted a different picture of what happened at the Lekki Toll Gate massacre.

“They made us doubt our sanity”, Falz reacts to…

Following the release of the reports by the Lagos State Judicial Panel, many netizens have slammed the actress, as the reports were different from what she painted.

Reno Omokri, a controversial OAP, also joined forces with netizens and called Omotola, a “Yeyebrity”. He slammed the actress for questioning the possibility of anyone being killed during the peaceful protest. He also described her as shameless.

“Nigerians must never forget the useless celebrities, who used their so-called sexiness and celebrity to deny that the #LekkiMassacre ever occurred. Their actions must have consequences, or they will keep reoccurring. God bless @falzthebahdguy, @mrmacaroni1, and @djswitch_, who stayed true, while some Omoshameless character, who does not know how to use her celebrity to promote anything that does not involve sex, was dancing on the graves of those courageous youths who sacrificed their lives during #EndSARS so that her children can have a better Nigeria!”