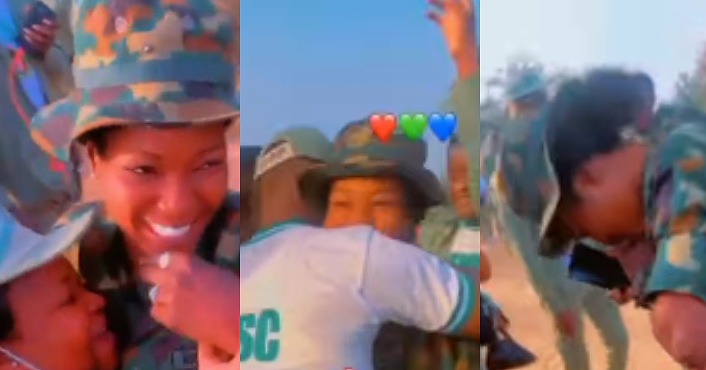 A video making the rounds on social media has captured the moment a corps member proposed to a female soldier at NYSC camp.

Reports gathered that the incident happened at NYSC orientation camp in Kwara state.

In the video, the corps member was seen kneeling with one leg as he stretched out his hand to the female soldier who was all smiles.

Heartwarming moment soldier reunited with his mum after a…

Nigerian man serving in the US Army flies to Nigeria to…

Amid the screams and excitement from other corps members present at the scene, the female soldier was spotted blushing hard and laughing as she left the scene, covering her mouth with her palm in excitement.

Reacting to this, Ogneni_rita wrote on Instagram:
“This one na joke but e sweet me die. Soldiers deserve to be happy too”.