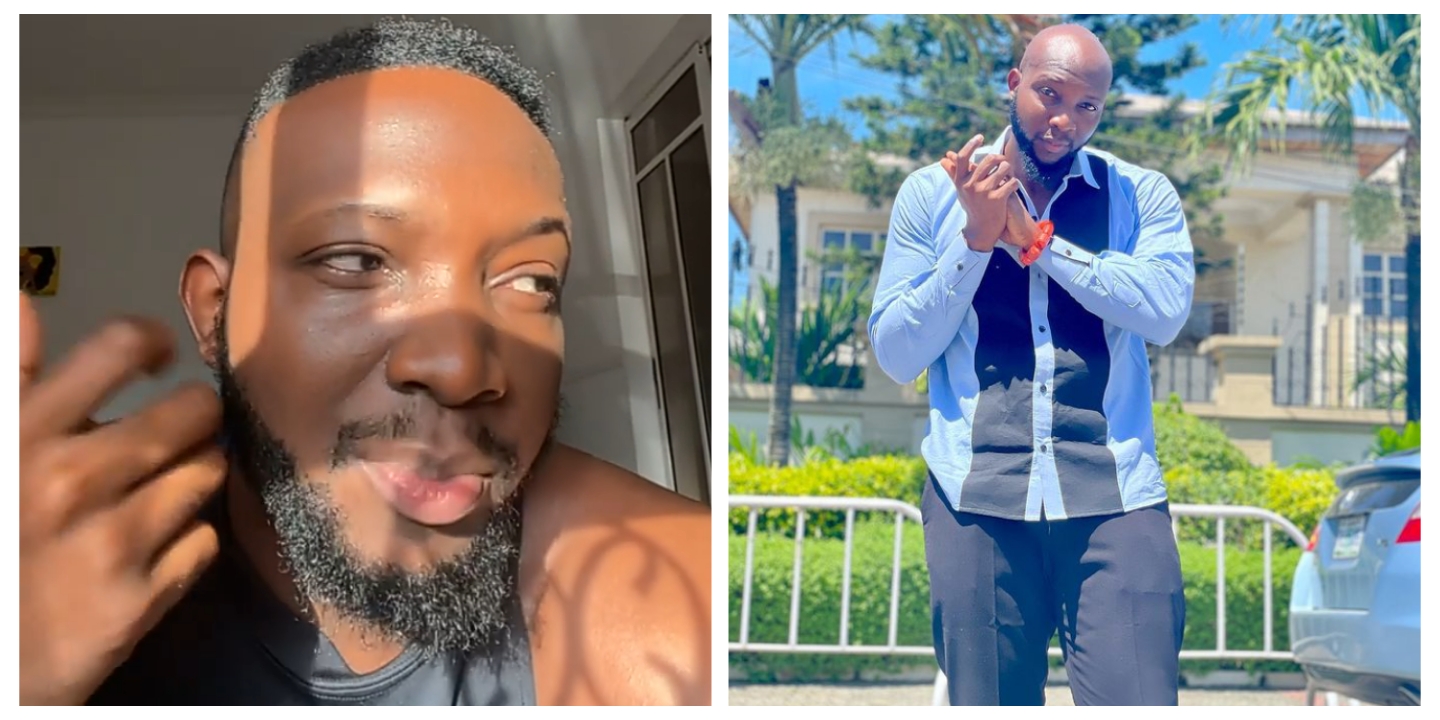 Big Brother Naija star, Tuoyo, has lamented over the discomfort he has been experiencing since he got artificial hairs.

The reality tv star recently got artificial hairs to cover his bald head and he showed it off to the admiration of his fans.

He has however lamented that since he got artificial hairs, his head has been hitching him and he can’t scratch it.

According to him, his head has been hitching him seriously and he is unable to scratch it.

While lamenting, he said that women are trying and need to be given award for carrying artificial hair extensions on their head.

Tuoyo in a video on social media stated that he can’t sleep properly because of the artificial hairs on his head. He also noted that women need to be appreciated.