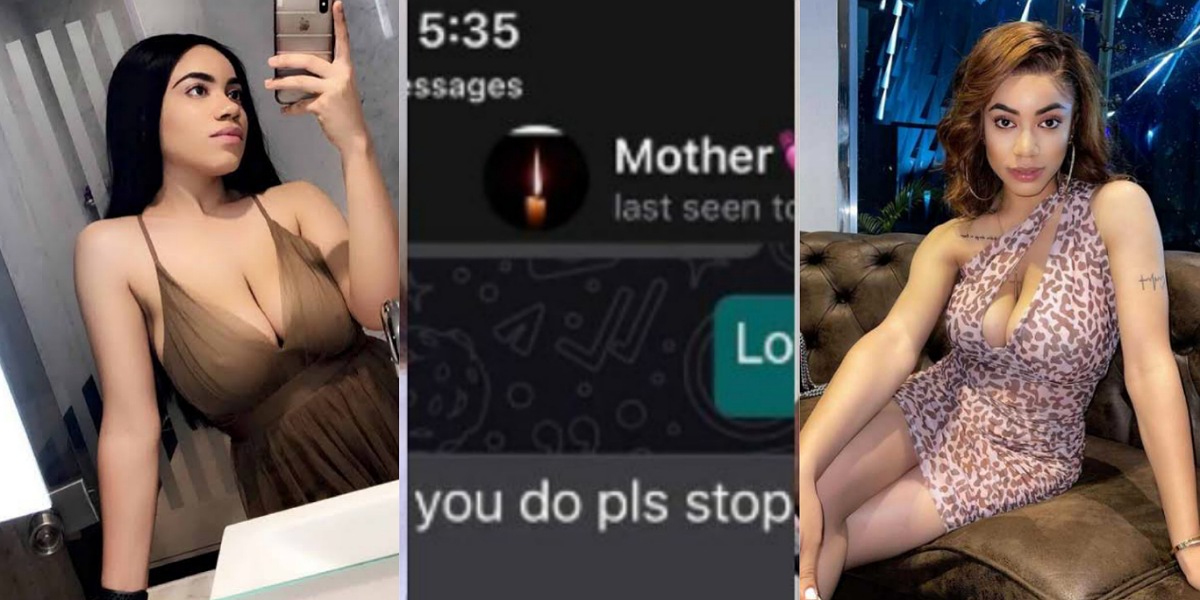 Julia, the daughter of politican and billionaire, Ned Nwoko has shared her conversation with her mother who pleaded with her to stop smoking shisha.

In the conversation which she shared online, Julia Nwoko expressed her love for her mother, and her mother responded by asking her to stop smoking shisha if she means it.

Indeed, this is coming just after Julia revealed that she has never dated anyone ever since the day of her birth.

According to her, no man would be able to refer to her as an ex, because she has never been in a relationship with anyone up till date.

Meanwhile, below is the screenshot of the conversation between Julia and her mother:

“There’s nothing lonelier than being with a toxic person” – FFK’s ex-wife, Precious throws shade, advises ladies