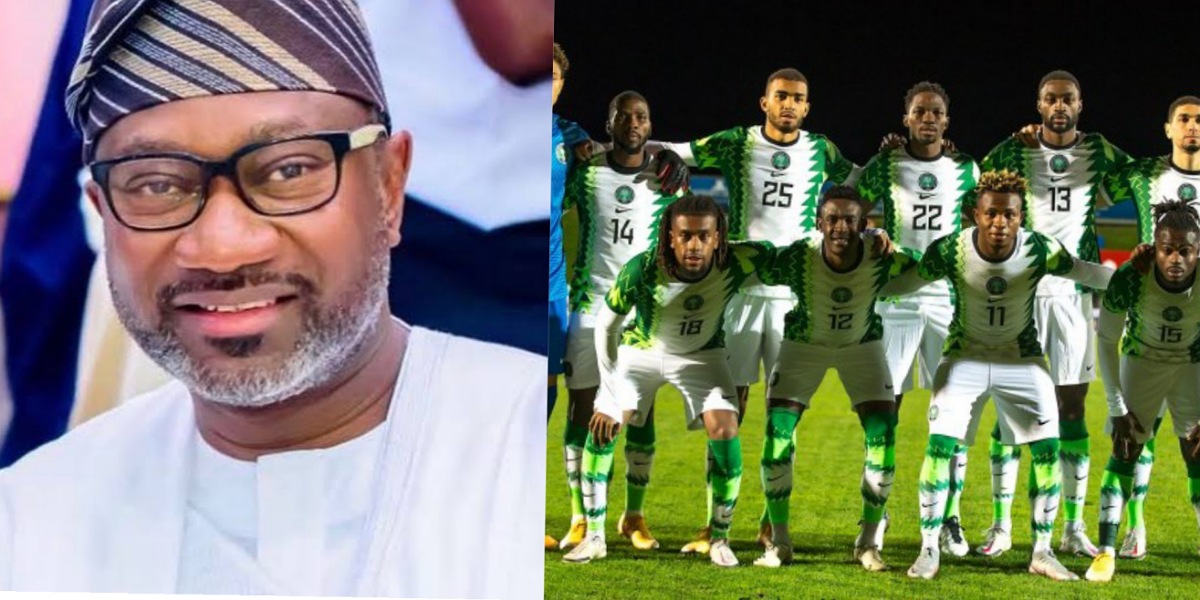 Nigerian billionaire, Femi Otedola has promised to give the Super Eagles a $250,000 reward, if they win the ongoing 2021 Africa Cup of Nations in Cameroon.

His promise was revealed by the Governor of the Central Bank of Nigeria, Godwin Emefiele, who represented CACOVID during a visit to the team’s camp in Cameroon.

“I came with a message from the CACOVID. The CACOVID is the coalition of private-sector companies that was set up to fight COVID-19 in Nigeria and they have been happy with the performance of the team,” Emefiele said.

“We held a CACOVID meeting again because everyone is overjoyed for everything you’ve done so far, CACOVID has asked me to raise the ante.

“From the round of 16, for every goal scored, you will earn for yourselves as a team the naira equivalent of $50,000.

“Also, Femi Otedola, who is a member of CACOVID, has asked me to tell you that if you lift the trophy, he has in the bank for you, the naira equivalent of $250,000. This is just the beginning and I can assure you that if you win your round of 16 games, another promise might be made.”