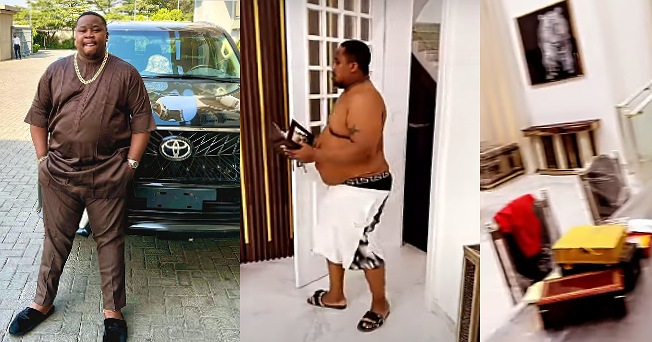 Nigerian celebrity barman, Paschal a.k.a Cubana Chiefpriest has shared a video of the interior of his exotic mansion.

This is coming shortly after the controversial barman was called out for allegedly owing and refusing to pay N700k to another businessman.

Chiefpriest however ignored the accusations leveled against him by a friend, and seized the opportunity to flaunt the inside of his exotic crib.

The celebrity barman was accused of owing N700,000 since two years ago and refusing to pay despite all efforts to make him clear his debts.

The friend who made the allegation, said he was forced to call him out since he refused to respond to his DM.

“Thank God we don’t look like what we have been through” – Businesswoman, Sandra Iheuwa