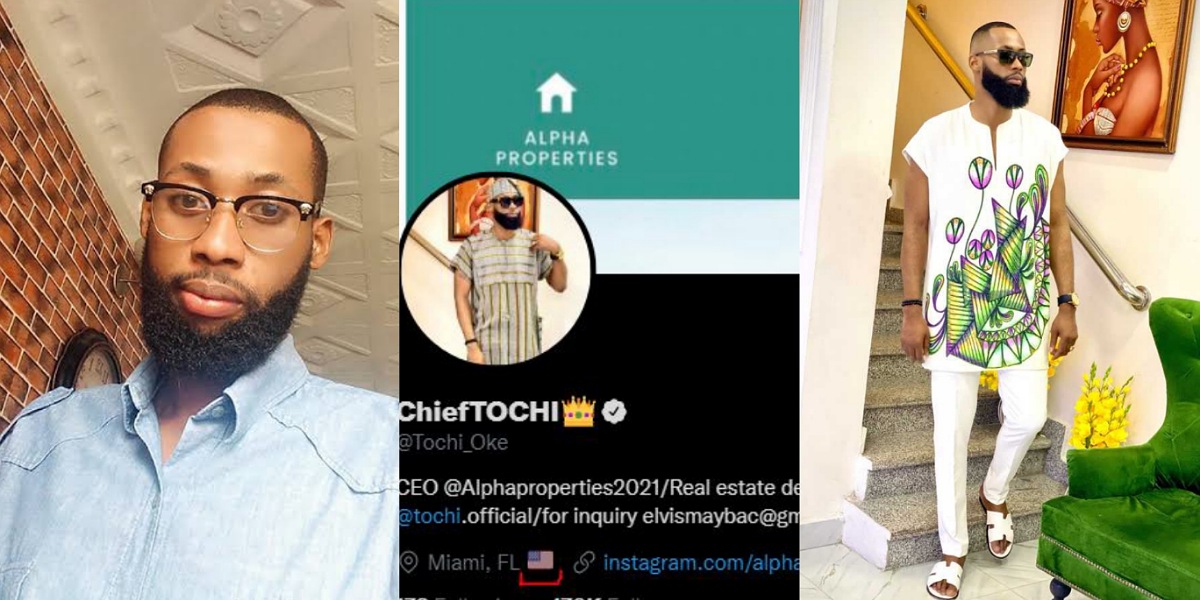 Reality star, Tochukwu Okechukwu better known as Tochi has made a recent flag update on his Twitter bio following his engagement with his US based girlfriend.

It can be recalled the ex-Lockdown housemate took to social media to share a clip of the lovely moment he proposed to his lover amid a cash rain that was captured in the moment.

Following this, in a matter of hours, Tochi added the flag of the United States of America (US) to his bio on his social media handles.

On Twitter, the USA flag could be clearly spotted in his bio alongside other information.

Whereas, on his Instagram page, he had newly added the acronym “US” as well on his bio.

See screenshots of his respective IG and Twitter handles below:

“Co-workers are not your friends, they may betray you if they can get money” — Reno Omokri advises

Sandra Iheuwa speaks after her husband of 5 months, Steve Thompson sent her packing