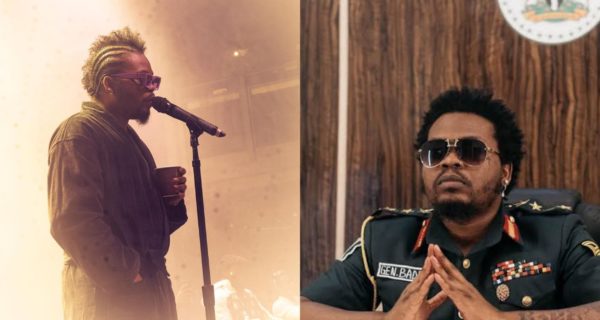 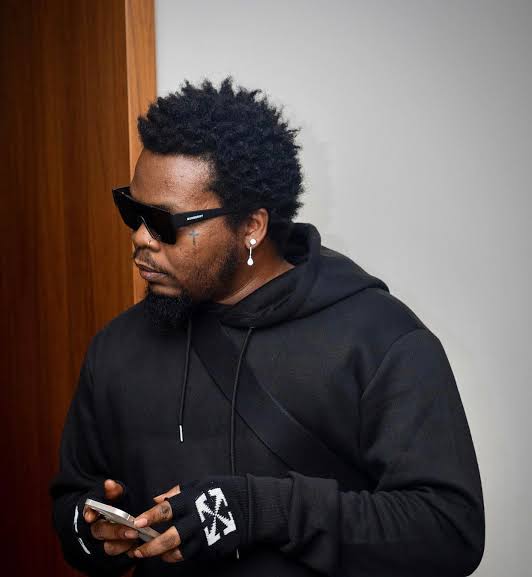 Making my debut album was not stressful because Olamide…

According to Olamide, he’s not certain about the exact release date; but he however stated that he was simply taking his time to ensure it is the best ever to be released.

While making it known that his new album, ‘Unruly’ might be his last, the rapper also hinted he would drop singles once in a while.

“Next album = #Unruly 95% ready. Release date = I don’t know
Taking my time to make it the best ever… probably my last album.

Though I will drop singles once in a blue moon when I feel like it. It’s been a mad ass run; giving albums back to back.” 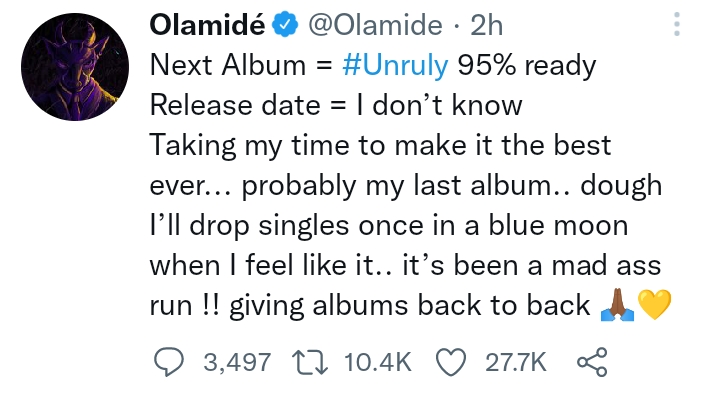