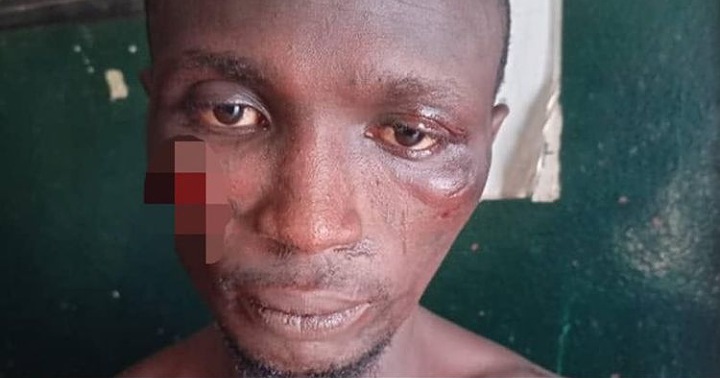 A middle-aged man identified as Sakiru Famuyiwa, has been arrested for stealing two children during a church service.

Reports gathered that Sakiru was on Friday, April 15, arrested at Ijeja area of Abeokuta by men of Ogun state police command for stealing two children during a church service.

It is reported that the suspect was arrested following a distress call received by police officers that, while Good Friday service was going on at Celestial Church of Christ Ijeja, the suspect and one other who is now at large, sneaked into the children department office and st#le two children who are two and three years old respectively.

“You have been anointed to carry all my…

Man calls out parents who hand over their responsibilities…

On their way out with the st#len children, a vigilant member of the church sighted them and raised alarm, consequence upon which the congregants pursued them and apprehended one of them.

The suspect was rescued by police officers before irate residents l#nch him. However, a manhunt has been launched for his fleeing accomplice.

“Till date I am still grateful to Tekno” – Davido applauds singer, Tekno as he reveals what he did for him