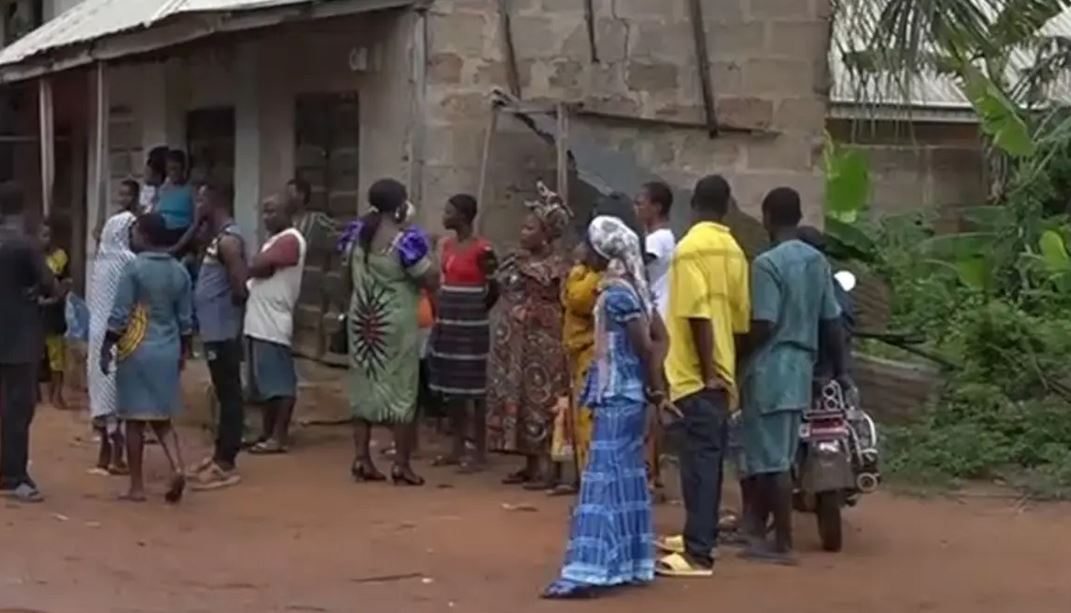 A 43-year-old pregnant woman identified as Omowunmi Joseph, has been arrested for stabbing her husband, Joseph Nwankwo, to death.

Reports gathered that the incident happened around 2.am on Monday morning while he was asleep in the Odoye area, Alaadorin, Ibadan North Local Government Area of Oyo State.

The drama reportedly started between the two about two weeks ago when the husband told his wife that he wanted to marry a second wife from his home town.

Sources reveal that after stabbing her husband to death, Omowunmi reported herself to the Iyaganku police area command and that the command took her to Yemetu police division, close to the scene of the incident.

The remains of the husband have reportedly been deposited in a morgue.

The state police spokesman, Adewale Osifeso, could not be reached to comment on the incident at the time of filing this report.