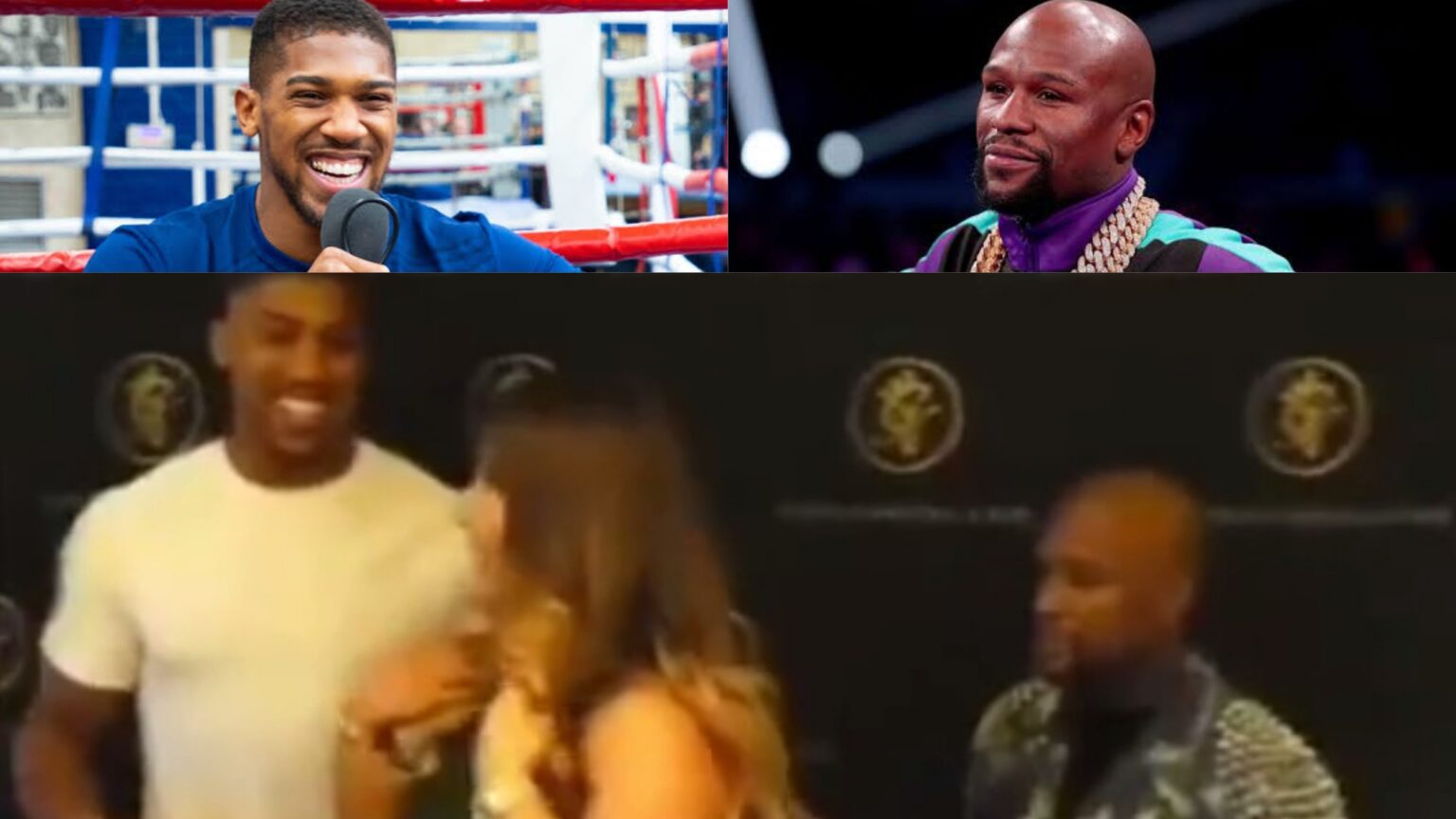 Floyd Mayweather, a popular American boxer, was captured in a video looking sad as fans skipped him to pose with Anthony Joshua.

The boxer, who may have assumed himself to be a popular and well-liked figure, was disillusioned when fans were seen skipping him to pose with Nigerian boxing champion, Anthony Joshua.

As seen in the viral video, the two boxing champions waited for fans who wanted to take a picture with them. Those who did attend, on the other hand, chose to snap with Anthony Joshua while ignoring Floyd Mayweather.

“Very humble, no fake zone” – Fans hail Whitemoney after he…

However, Anthony Joshua, as sharp as ever, drew his fellow boxer closer so they could all be in the picture.

Israel DMW reveals how much Davido spends on haircut

Community flogged us, collected N50k each from us after we were accused of stealing – Corps member narrates