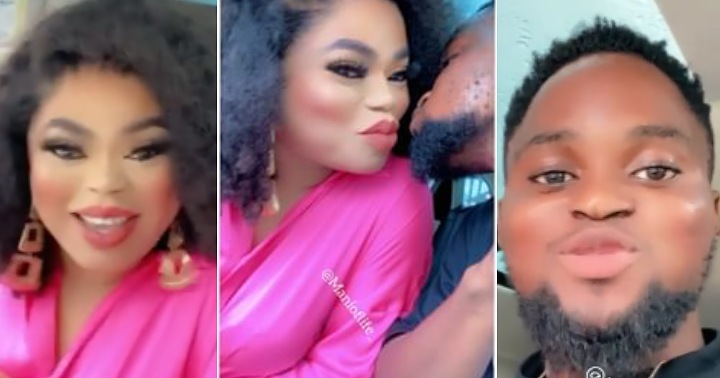 Nigerian crossdresser, Idris Okuneye also known as Bobrisky has been dragged online after a video of himself sharing a kiss with a man surfaced online.

In the video which was shared by his alleged lover, he referred to Bobrisky as the love of his life.

This has sparked outrage from Nigerians on social media who feel it is wrong for the duo to show off such an act.

This is coming shortly after the crossdresser shared a list of men who usually patronize his ‘market’.

According to him, he has the business contacts of the richest guys in the country, with special reference to his “market”.

Bobrisky also released his bride price list as he made it clear that he’s finally ready for marriage.