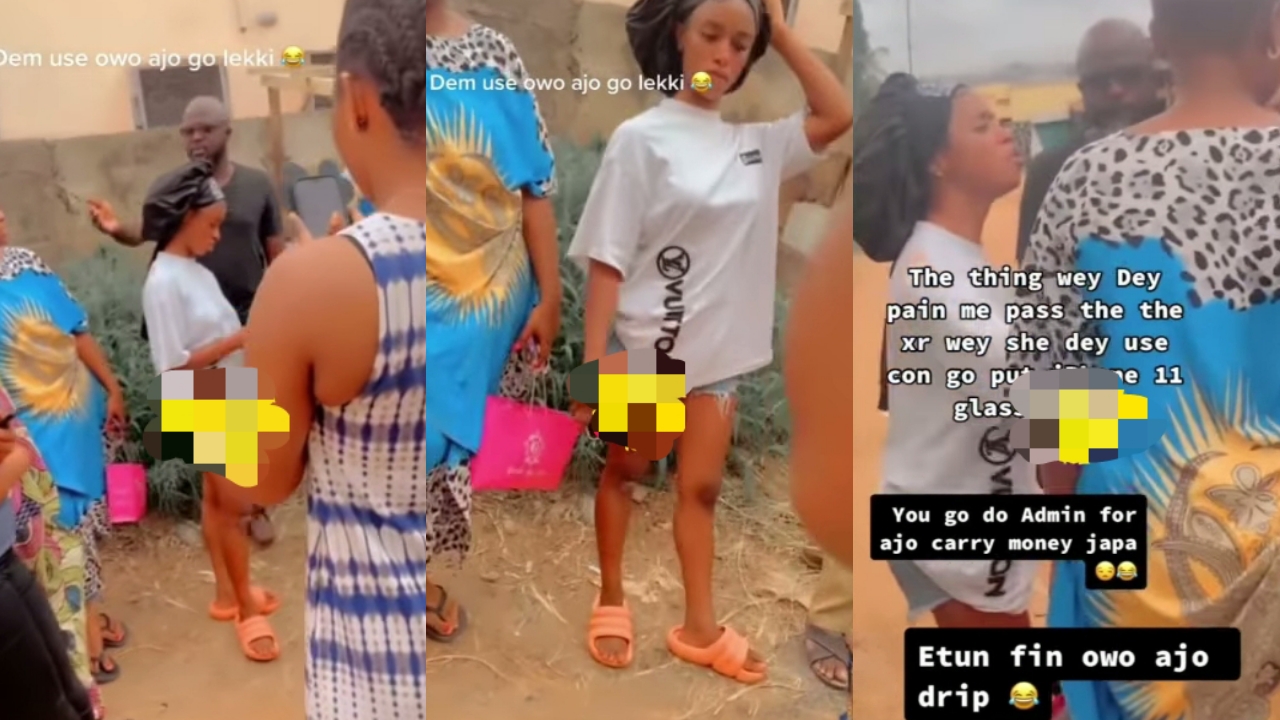 A lady has been caught after reportedly using thrift money to organize a birthday bash.

The lady who is reported to be a thrift collector (known locally as Ajao, Osusu) had decided to utilize contribution money to throw herself an extravagant birthday party in Lekki.

When those who had been contributing money to her had found out, they stormed her house in the early hours of the morning asking for their money.

Lady who works as labourer cooks food for colleagues at…

In the viral video, the lady could be seen hemmed in on all sides by angry residents who were demanding for their cash and asking her to send back their money to their accounts.