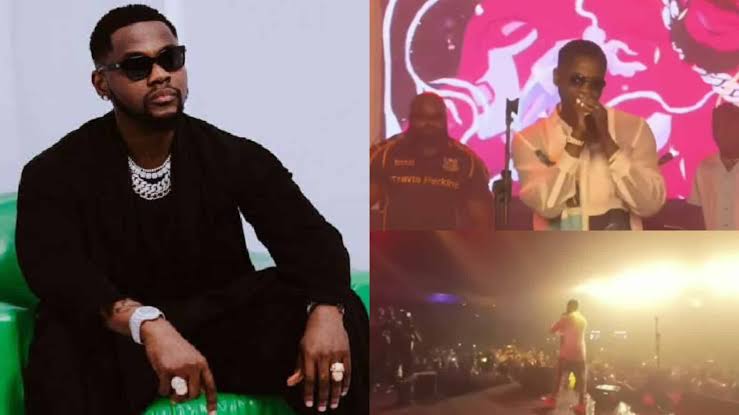 Kizz Daniel, a popular Tanzanian singer, has apologized to his fans for failing to perform at his concert.

Recall that the singer did not perform at his concert despite being in Tanzania.

This had irritated fans who tore the venue apart. The singer was subsequently invited by the police.

May you all be celebrated – Yul Edochie pens note of…

The show organizer, Steven, had claimed the singer refused to perform because he didn’t have his chain, but later admitted that he was wrong; that it had been due to some technical problems that the show couldn’t hold.

Kizz Daniel who has offered to perform free following the disappointment was seen on stage apologizing to fans.

He apologized on behalf of his team and other organizers and expressed love for his fans which drew raucous cheers from the appreciative fans.

Singer, Kizz Daniel apologizes to Tanzania during his make up show pic.twitter.com/qFtUeGZ9Mm

BBNAIJA: Beauty’s fan cries uncontrollably as Phyna and Groovy get busy under the sheet (Audio)