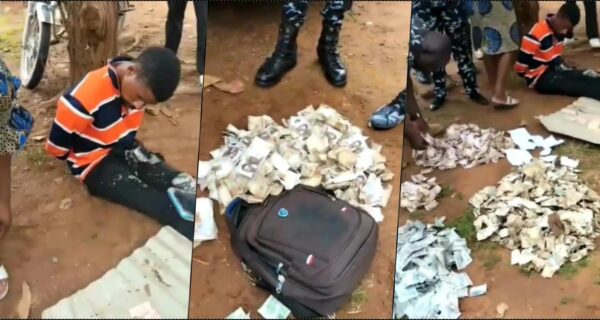 A young man going by the name, Opeyemi Olufemi has been caught by the police following his theft of N620K from a church’s offering box. The man was apprehended after plundering a church of its offerings, as seen in a viral video that has been making the rounds on social media.

Opeyemi had gained access and stole from a church whose name, as well as, location is at the time of this publication, unknown.

He was discovered in possession of a bag containing N620,115 in cash of different denominations.

In the viral video, the robber was seen sitting on the ground with the money he had stolen displayed.