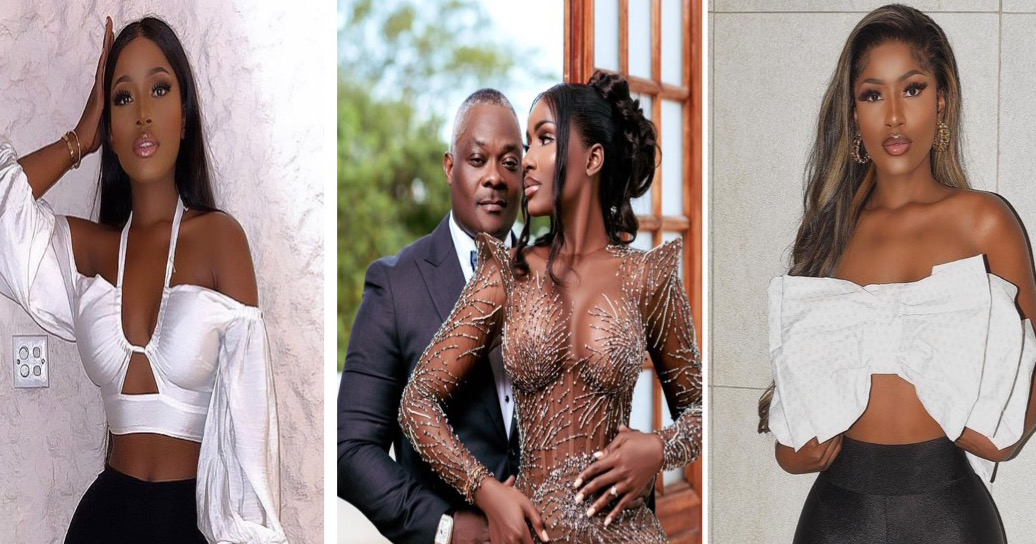 An Angolan woman known as Mya Jesus has warned people to address her properly and not dismiss her years of hard work because of her relationship.

She recently announced to the public on her Instagram page that she got engaged to her partner who she met in less than a month, and got engaged few days after they started dating.

After she posted the news, trolls criticized her and stated that she was with her older partner because of his money.

Actress Nkiru Sylvanus excited as she gets engaged, flaunts… 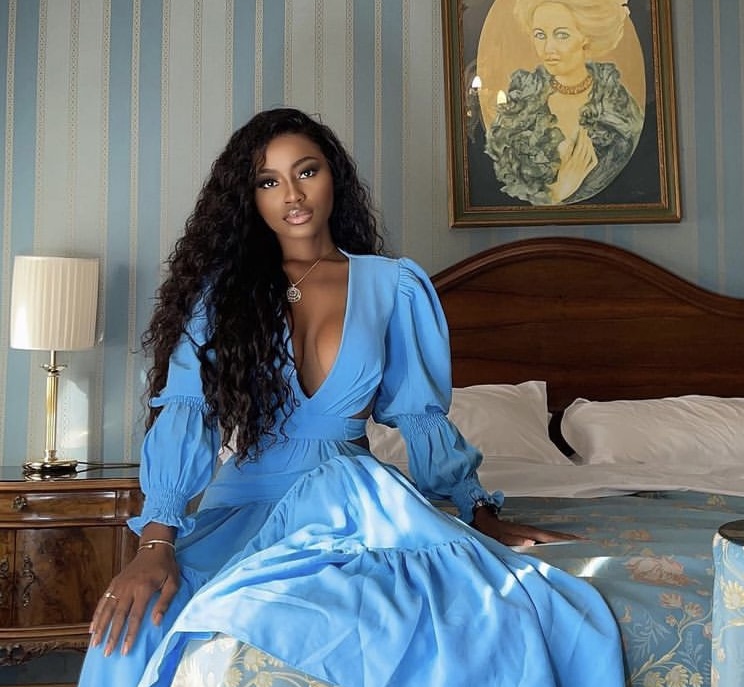 She however took to her instastory to reply to the critics, warning them to stop making such conclusions.

She noted that she is a very hardworking woman, and told people to stop identifying her as an influencer or a model as she has various businesses she is into.

She added that she refuses to be classified wrongly because she found a wealthy man.

“I really hate that in such a beautiful moment I to take time and address this. I see a lot of pages and youtube channels posting me I ain’t mad about it everybody wants traffic in their own way, but please stop with the tittles saying “Ig model” and “influencer”.

“I’ve never been an IG model or full blown influencer, IM A BUSINESS woman, all my businesses are listed on my page, been working since I was really young, opened my first cleaning company at 19yh, no disrespect to lg models or influencers, is a hard work that requires a lot of effort but I will not allow people to use this stigma to classify me.

“Y’all making it look like I’m just a girl who was spending her days in front of the camera and found a “wealthy” man, completely dismissing all my years of hard work!” 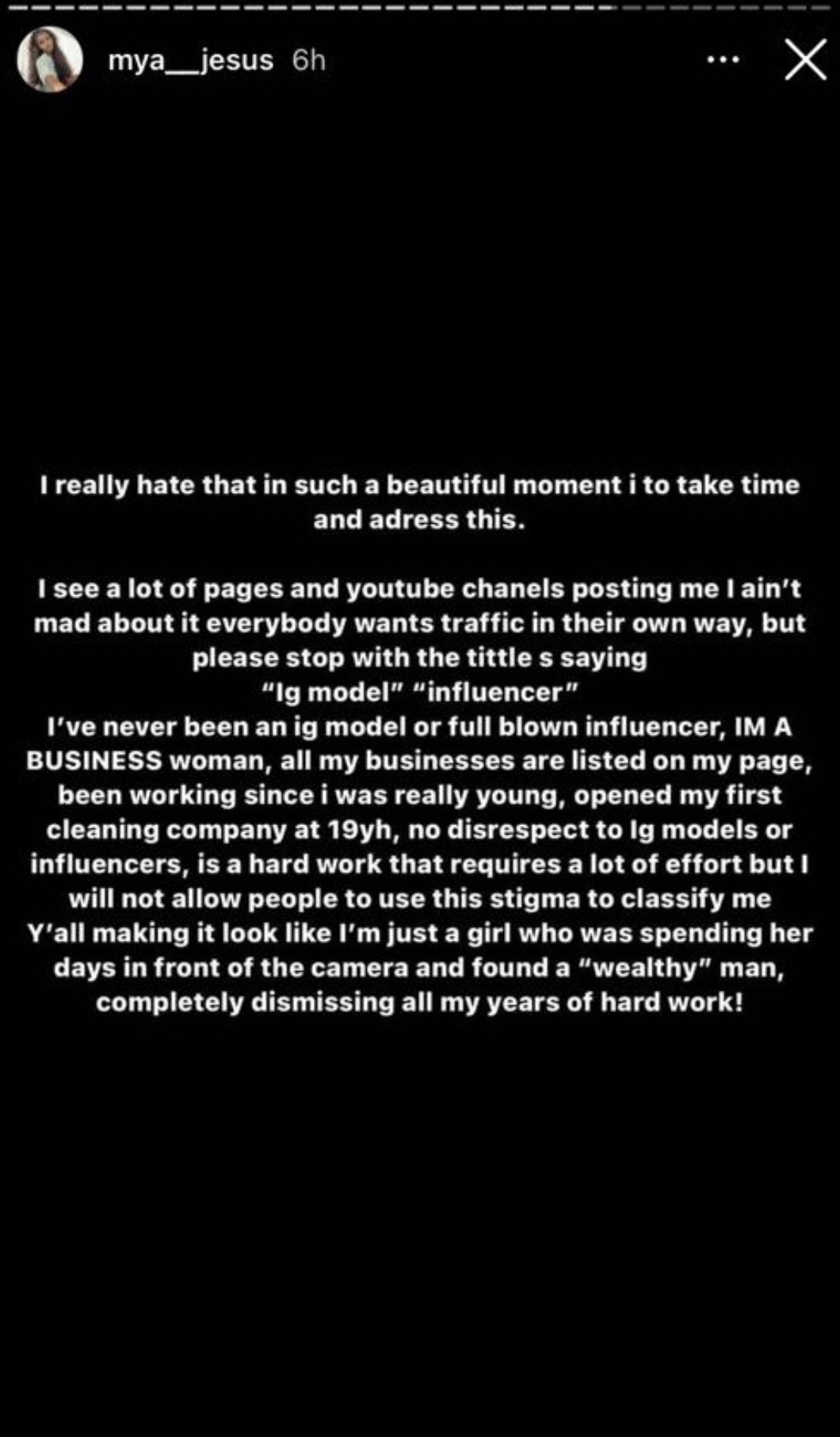