Share on FacebookShare on Twitter
These amazing photos show two lions as they fought to be the King of the Jungle and also for the attention of a lioness in Masa Mara, Kenya and luckily for us photographers were there to take some unbelievable snaps. 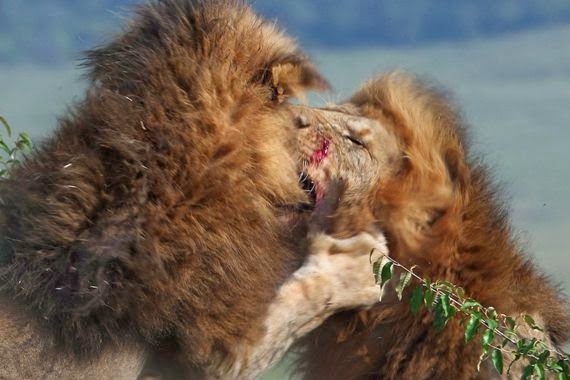 The two male lions, who are actually brothers, were captured on camera by Laurent Renaud and Dominique Haution, who are French seasoned safari photographers.

“When lions want to overtake a pride, the old lions fight with the new ones. But seeing two lion brothers fighting, one against the other is a very rare sighting. We were very lucky to witness it, and both lions unfortunately ended up with serious wounds. But that’s just what happens in the wild and we would never interfere with nature.” Laurent said

She also said just 15 minutes after the lions finished scrapping, the triumphant brother went and mated with his lioness as a prize. 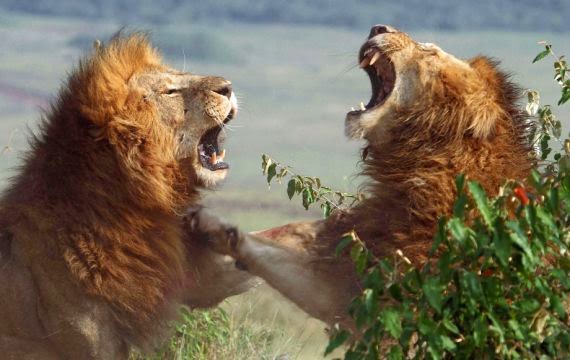 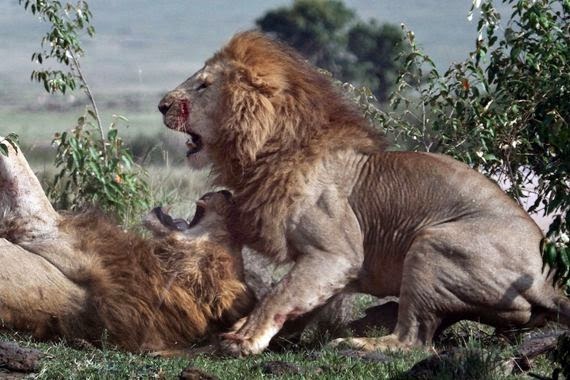 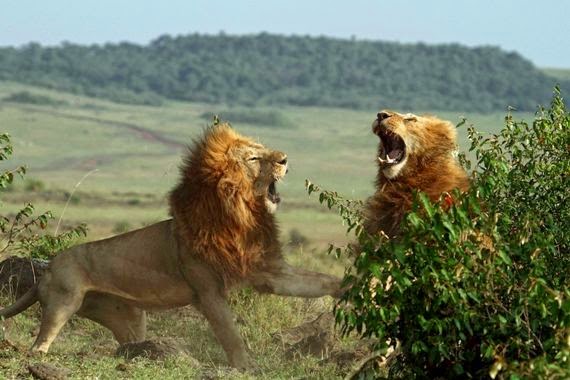 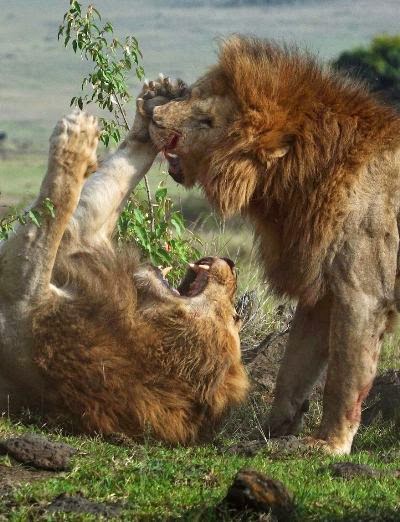