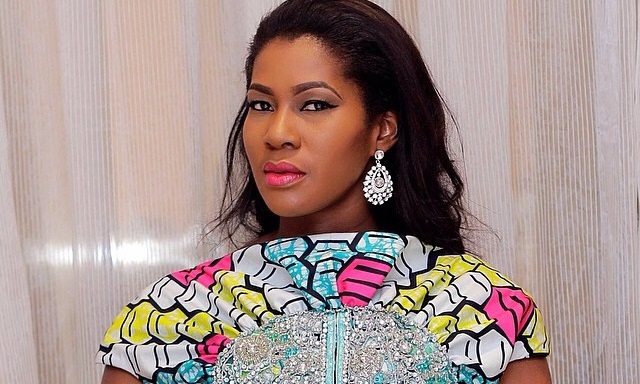 They are popular, they are influential and some are powerful by the virtue of the political positions they occupy. They’ve been able to use their fame or positions to influence People, Their Environ And Comunities. Check out the top 20 Most Influential Nigerian Entertainers. Stephanie has much access to the presidency more than any other entertainer. The relationship between the first family and Stephanie dates back to the time Jonathan was still the deputy Governor of Bayelsa state. The President and Mama peace see Stephanie as one of their daughters.

D’banj has been in constant touch with the presidency. Recently, he was made the brand ambassador for “One Campaign “, a federal government’s project which aims to support local farmers across Africa.

The twin singers were part of the presidential delegates to South Africa in May 2013. The delegation included high powerful Nigerians like Peter Obi, Reuben Abati, Ngozi Okonjo Iwaelar.
P’square have also been sighted with Malawian President and Rwandan President.

If you are an entertainer and you need access to Akwa Ibom state government, just go to Ini Edo. She has much access to her state governor and has also been sighted with President Jonathan.
Ini has also been linked to a former Speaker of the Federal House of Representatives.

Singer, actress and politician Onwenu is a member of PDP and performs in high profile presidential events in the country.
Onyeka is the Director General of the National Center for Women Development, Abuja.

Chinedu and Osita have access to the presidency. Both were recipients of the MFR Awards by the President.
Chinedu Ikedieze was also part of the presidential delegates to South Africa last year.

Ibinabo is the AGN President and she used her position and led a high profile visit of AGN members to the presidency early this year and after that controversial visit, she got a federal appointment as a member of the board National Council for Arts and Culture.

Mama G has received two awards from the presidency. First was the MFR awards, followed by the Centenary awards which she was fortunate to be among the very few entertainers that got it.

He was also honoured with the Centenary awards by President Jonathan after he earlier got the MFR awards in the previous years.

She made the Times list of 100 Most Influential People in the World!!! This was a rare achievement.
Omotola was also honoured last year in her home state, Ondo, with a chieftaincy title.

Regina was recently invited by her state government, Akwa Ibom state, to partner with them on some certain projects which she gladly honoured after several years of been away from Nigeria. This shows how much influence she has especially in her home state.

She was featured by Oprah as one of the Most Popular people in the world where she was dubbed the Julia Robert of Africa.

Genevieve was also given an MFR Award by President Jonathan. She was once alleged to have had a cordial relationship with a former VP.

He may be very controversial but he is quite influential.

Richard Mofe Damijo is occupying a powerful position in Uduaghan led administration in Delta State as the Commissioner for Culture and Tourism.

Pete is quite influential.
Recall when he was kidnapped in 2009, his abductors claimed that they abducted him because he is influential and can speak to the government on their behalf about their plights.

The star music producer is quite influential. No doubt about that.

He was appointed the Senior Special Adviser to the immediate past governor of Anambra, Peter Obi.

Alexx has made contacts with Governors of Abia, Akwa Ibom, Delta states. He was also sighted with the President sometime ago.

Chika has been alleged to have a cordial relationship with one of the current top political leaders in the country. This relationship makes her influential.

See what Oyakhilome’s divorce is causing Christ embassy – See what is happening!