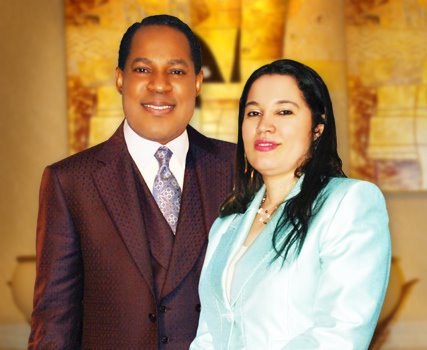 The tension surrounding the reported divorce of pastor Chris Oyakhilome and his wife Rev. Anita intensifies as pastor’s younger brother, also a clergyman, is accused of fornication and adultery.

The news about the marriage end of the founder of the Christ Embassy Church broke out last week as Rev. Anita had allegedly filed the divorce documents to the London court stating “adultery” and “unreasonable behaviour” as reasons for her decision.

The move caused split among the church members, who took to social media to express their support either to the one or the other side of the conflict. Some people were sympathetic to the wife, the others said that all humans make mistakes. Some even refused to believe the newы saying that everything was fine with their marriage.

Amid the hot discussions of the issue Nigerian Times has exclusively reported that Oyakhilome’s brother Rev. Ken, also the founder of the church, allegedly impregnated a South African lady  a member of the Church in Randburg, Guateng, which is the headquarters of Christ Embassy, South Africa.

The famous cleric’s brother used to act as the regional pastor of Christ Embassy in charge of South Africa and was later transferred to the branch in the USA. Rev. Ken is believed to have romanced with the church member, which was an “open secret” among the parishioners. When the news about the woman’s pregnancy started making rounds, church officials reportedly fudged the issue to prevent scandal. Moreover, the child was aborted with the knowledge of church leaders, report says.

It was at the time when Rev. Ken lived and served in South Africa, while his wife Pastor Ose managed the Okota, Lagos branch of the church. The two still live apart as now Oyakhilome runs the church in Texas.

Related: Many Pastors Will Go To Hell – Pastor Chris Oyakhilome

“It’s true, here in Johannesburg a pastor impregnated a young lady and forced her to do abortion, later on the lady was promoted to being a pastor, till today she is still a pastor, working together with the wife to the pastor who impregnated her. Members act like this is normal; I mean where we draw a line.”

@Sister Lebogang Radibela, “it’s not just a pastor. it’s our darling older brother Rev Ken himself that activated the pregnancy button but it’s shocking to know that our regional pastor, Pastor Ose Oyakhilome, a mother herself supported the abortion and by (following the principle of the ) 48 laws of power, she’s keeping her close. That sounds like what an ‘area mother’ would do and to top it up, the grandfather himself Rev Chris ordained the sister a pastor and probably help seared the damaged conscience with some rands/dollars. How many more in Nigeria region? Time will fail us to speak of Asaba, Kaduna, Port Harcourt, Benin and many too numerous to mention. I had to listen to that Youtube message again this morning and I can now understand when Pastor Chris said Pastor Anita should have moved with those who will help her as the wife of global pastor. Is this what she should learn, to help Pastor Yemisi and other indicted ladies? Actually Pastor, you forgot to announce the firing of Pastor Pat, the CSO as a result of leaked White House (Pastor Chris’ residence in Lagos) information and the hiring of a brother-in-law Deacon Kingsley Osazuwa. Our darling Rev Ken, it looks like Durex, Trojan, and Gold circle condoms etc have all finished in the market because of ….May God have mercy but we need to obtain the mercy.”

It would be recalled that rumours about Chris Oyakhilome’s and Rev. Anita’s break-up first surfaced in May as some members started inquiring in social media where Rev. Anita wasexpressing their worries over her long-term absence.  However soon the church officials denied the reports about the divorce of the famous couple blessed with 2 children.

As for the current information, the church is yet to drop an official comment.

Boko Haram: The Battle For Bama Is ON